If you imagine fashion week as a glamorous whirlwind of air kisses and billowing chiffon, you'd kind of be right. However, there's another side to the month-long city-hopping extravaganza that can only be summed up in one word: chaos. From arranging the schedules through to being in situ, but actually needing to be in four other locations at the same time, while Snapchatting, writing reports, locating other staff members and not stacking it in 4-inch heels amidst a cyclone of street style photographers who are hunting down their prey… it is, utter, exhausting, crazy, crazy-fun chaos.

One photographer who has been capturing the madness—by slightly stepping out of it—is Phill Taylor. So for every perfectly composed street style shot you may enjoy, we guarantee there's a story (or five) behind it. From the truly mad (giant furry Fendi mascots on the streets of Milan) to the common-but-still-insane ways fashion-dedicated girls approach the weather (yes, I've witnessed jelly sandals in 24-degrees Celcius at New York Fashion Week), we're taking a moment to show you the other side of the process. The side where hailing a taxi is comparable to climbing Everest, near-death experiences are normal if someone like Kanye West gets out of a limo near you, or where street style stars have been known to change outfits up to (and probably above) 12 times a day, in the back of a van.

So here's what goes down at Fashion Week—wish us luck and stay posted to get the inside scoop when everything kicks off on September 8.

So *that's* why reflective shades are so good—Anna Dello Russo knows her stuff.

And this is what happens with Chiara Ferragni turns up.

Lena Perminova walks away from the crowds during PFW. 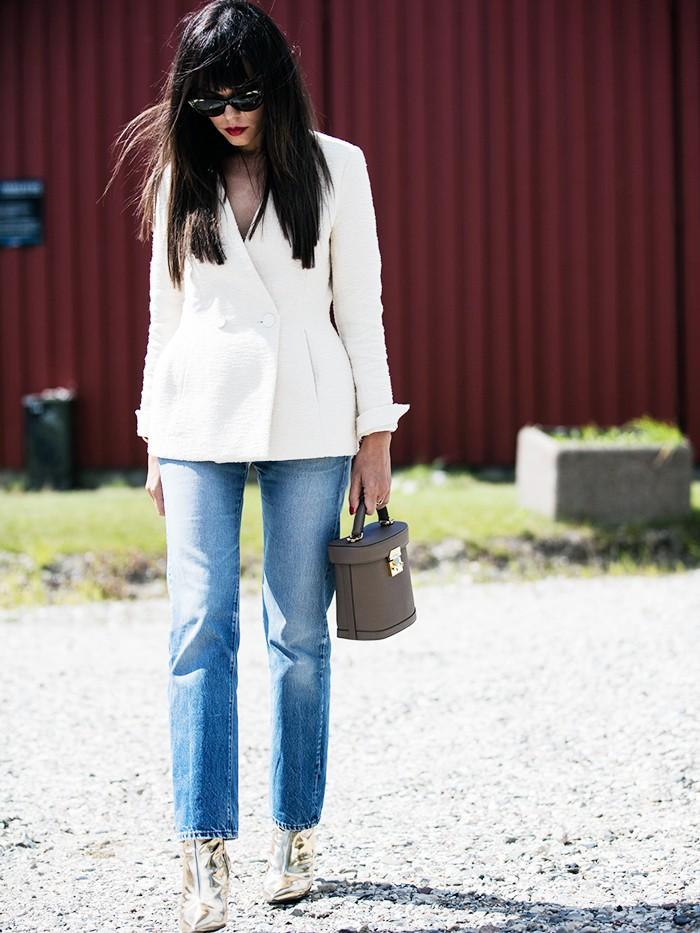 Catherine Baba often rides into fashion week on a bicycle—in major stilettos, sunglasses and a hat at all times.

Like a Smart car made for Milan Fashion Week? We want one.

Off-duty models often hop on motorbikes, but there's something savvy about a skateboard.

This was months before Pokémon Go was even on the radar. Gotta catch the trends first.

You never know who you might grab a snap of…

And on your left, we have Ulyana Sergeenko dressed as a Russian fairytale princess.

Street style photographers will recycle all of your unwanted plastic bags.

Freezing temperatures never stop the fun, although Buffalo boots on ice make us feel rather nervous…

Find out the secrets of the street-style famous with these top tips for looking good in photos.