When Emma Watson and the Duchess of Sussex, Meghan Markle, wore a pair of trainers by the conscious French brand Veja, they quickly became one of the most talked-about sneaker brands in the UK. The classic white basket sneaks (made from recycled plastic bottles and wild rubber) feature a distinctive V-logo in varying colours on each side.

Emma Watson first wore the trainers back in October 2016, but it wasn't until 18 months later that the seemingly simple lace-ups started gaining such widespread popularity. Much like other classic trainers (think Converse and Vans), these are rapidly becoming a staple for when you need a comfortable yet stylish pair of shoes. Plus, these sneakers are so minimalist in design that they work with every type of ensemble—from midi dresses to straight-leg jeans.

The Veja V-10 leather trainers arrived on Net-a-Porter in early 2017 and became the second and third best-selling pieces globally (only beaten out by a Gucci T-shirt) the same week they launched. Now I spot these trainers "in the wild" every day, as they seem to have become the most popular sneakers to own for 2019.

At a coffee shop in London last week, I saw four separate women wearing the red, white and blue pair. And if that's not enough to make you want a pair, then you might change your mind after scrolling our edit of the best Veja trainers. Plus, there's even a guide to how fashion girls are wearing theirs for outfit inspiration.

Style Notes: Emma Hill's way of wearing her sneakers is simple: with jeans and a great jacket.

Style Notes: Tine Andreaa cleverly uses her Vejas to dress down a pair of tailored trousers and a blazer.

Style Notes: Alongside dresses and trousers, Vejas make for the perfect pairing with a midi skirt, as seen on Eunice Abe. 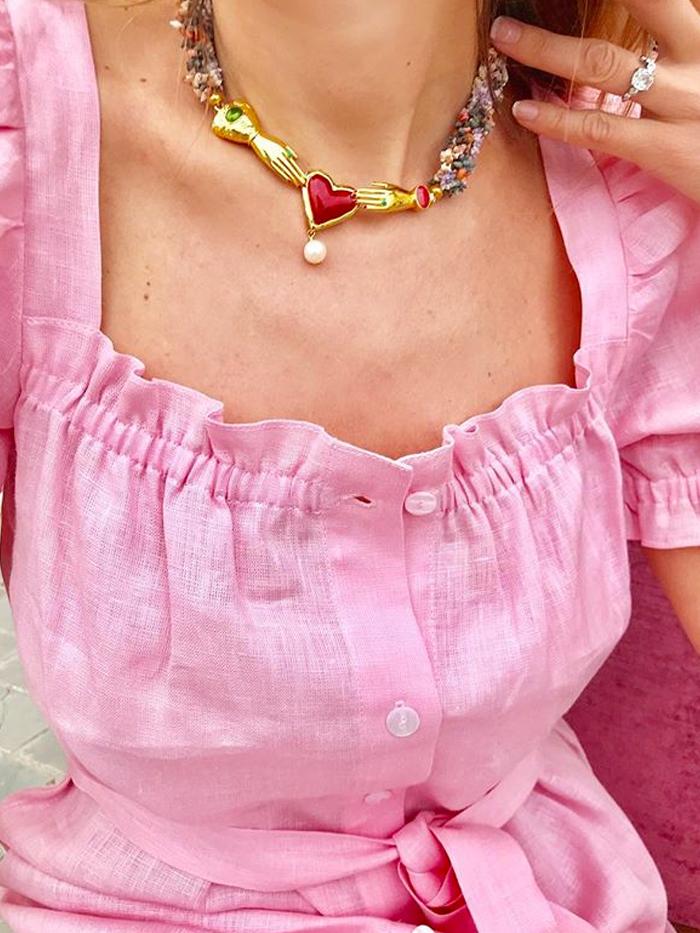 Next up, these are the nine new-in pieces we want this week.