If you've been anywhere near Who What Wear over the past six months, you'll know that strappy sandals are the leading shoes this year. The general rule is the finer the straps, the better. This trend was undeniably started by The Row with its barely there sandals that were released last year, so it was inevitable that the high street would get behind this '90s shoe in a big way. Topshop has now delivered plenty of cult pairs of naked heels, including the £39 Strippy sandals that now come in five colours and have been yoyo-ing in and out of stock since February.

This isn't the only style of strappy sandals to get a whole lot of attention from the fashion crowd. Topshop's £42 Rex black knot mules are proving really popular this month. The curved shape of the heel makes them look really expensive and the knot detail makes them a little different from all the other strappy sandals on the high street right now. Keep scrolling to see how influencers are wearing these mules, and shop other Topshop strappy sandals we love.

Style Notes: These sandals are the perfect partner to jeans and a T-shirt.

Style Notes: These are perfect for smarter looks, such as a nice blouse and black cropped trousers.

Style Notes: Natasha wears her mules in a more casual way—pairing them with an oversized grey T-shirtdress. 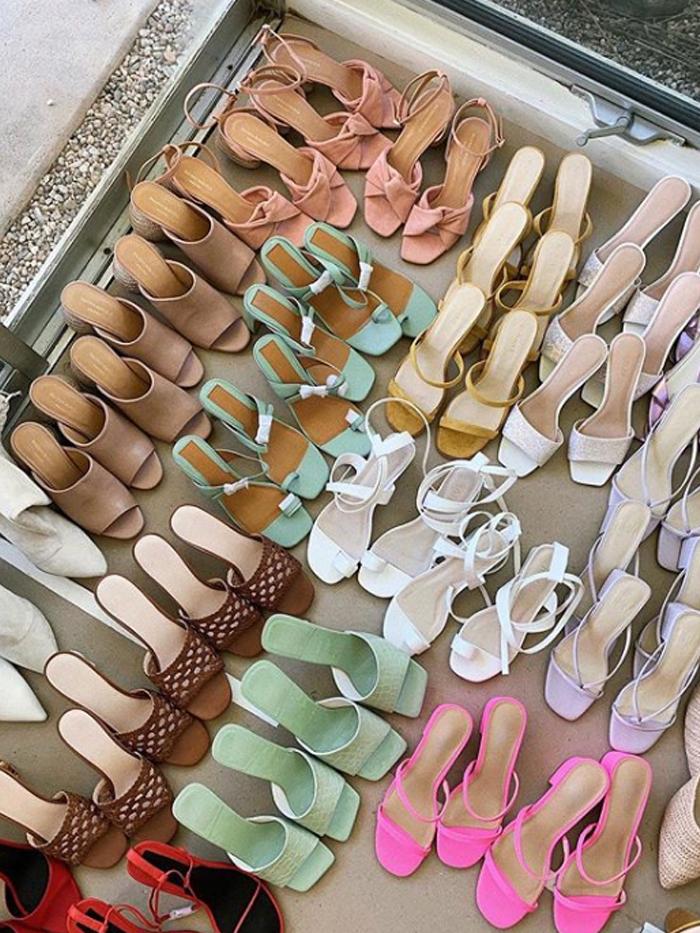 Next up, see our edit of the best strappy sandals.