Tomboy fashion has changed a great deal over the years. Once upon a time, if you had an inkling that you were into more masculine clothing, you'd have two options: actually wearing men's garments or settling for some pretty below-par "mannish" staples like baggy boyfriend jeans or boxy shirts. These days, though, stealing from the boys has become an artform—both in terms of womenswear designers creating more and more female figure–friendly menswear-inspired garb and in terms of the rules of styling them.

One fashion commentator, Navaz Batliwalla—the writer and blogger behind Disney Roller Girl—has hit this nail on the head in her recently released book, The New Garçonne (£13). It's a celebration of modern tomboy style, where the rules are meant to be broken, and expresses that just because you're wearing a suit doesn't mean you have to abide by the laws of shirt + flat shoes + tie + no makeup. It's what she also dubs "gentlewoman style": Think of dapper women who rely on the quality and heritage of perfectly made pieces, like fine penny loafers or a sharp Savile Row suit, and "who embody a quietly assured, masculine-feminine style."

Throughout the past decade's street style explosion, it could be easy to overlook the subtle garçonnes for the all-guns-blazing drama of a sweeping, glittering gown with the Champs-Élysées for a backdrop. But delve a little deeper into the archives and you'll see that there's been a steady increase in industry women eschewing the frivolities of flirty, ultra-pretty, whimsical fashion for the cooler tropes of the tomboy.

Just think of the big—almost now staple—trends that have continued to crop up over the last few seasons. Loafers? Blazers? Reworked shirting? Sneakers? Sweatshirts? Tailored trousers? All very much part of the menswear world to begin with, but now very much a part of our own.

As you can see from Erika Boldrin and Linda Tol (above, in Milan), there's an easy ratio that can allow your tomboy fashion choices to shine and live on well into 2017. Go for 95% new garçonne and leave a slither of 5% femininity to get the balance just right. Try, for example, a miniskirt with menswear basics, or a pair of showstopping earrings and pointed flats worn with sombre separates.

Shop our favourite modern tomboy fashion picks in the gallery below…

A boyish staple with a very 2017 twist thanks to those knotted sleeves.

There's no chicer way to carry important documents than with a "masculine" wallet.

Alexa Chung is a fan of this impeccable tailoring.

& Other Stories Slip In Leather Skaters (£79)

Skate sneaks are back in the limelight.

Pull these up to really show them off.

Every true tomboy needs a classic tee like this. 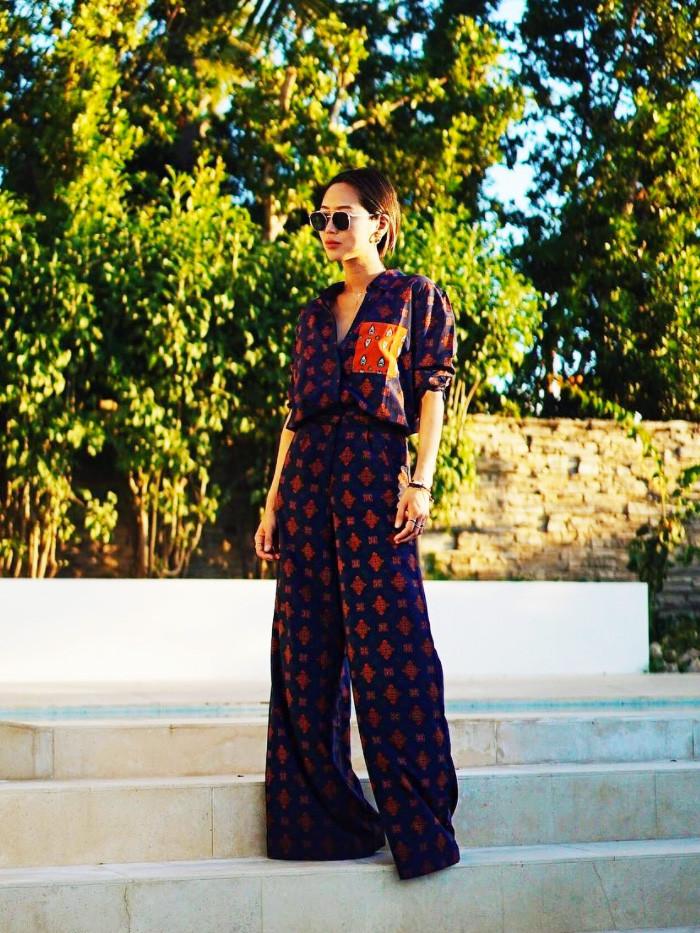 If tweed suiting feels too severe, try a more lightweight, pajama-style option instead.

Well, you can't be taken as seriously bookish without a pair.

It's not too late to up your tomboy game for winter.

Even the toughest of pieces are currently adorned with ruffles.

It's the grandad cardigan of our dreams. And yes, that's a thing.

Next up, the perfect little black dresses for every occasion.