If you thought the tie-dye trend was going away, think again. According to the shopping app LIKEtoKNOW.it, recent searches for specifically tie-dye T-shirts on the shopping app are up 900% from last month.

The numbers don't lie: Tie-dye T-shirts are shaping up to be the most omnipresent yet unexpected trend of the season. More evidence of their popularity is the fact that tie-dye T-shirts are everywhere. Celebrities like models Gigi Hadid and Hailey Bieber have been snapped out and about in them, while one scroll through fashion Instagram will likely boast a multicoloured splash every other post.

High fashion's nod to hippie culture began a few months back when Proenza Schouler's thin mesh tops started to pop up all over the place and emerging designer Asai achieved instant cult status with his panelled version. Though we were skeptical when we saw tie-dye as a major trend for the season, these tops felt like mature way of trying it out. From there we've seen tie-dye everything, from bags to slip skirts and even a very sought-after Zara dress.

So it was natural that tie-dye T-shirts have taken on a trend-life of their own this summer. And the best part is, they are more versatile than you may think. Between long-sleeve options, the varying hues and textures, plus a few button-down numbers, there is a surprisingly endless amount of iterations and therefore outfit opportunities for a tie-dye T-shirt.

How do you wear them and which ones should you buy, you ask? Though we would strongly recommend hosting a tie-dye party (nothing better than a DIY sesh, if you ask us), we've got you covered. Keep scrolling for the best tie-dye T-shirt outfits and options out there.

Jeans and a Tee Never Fails

Throw in All the Trends

Style Notes: Gigi Hadid opts for white jeans and trainers with a tie-dye bag and pearls. White denim always tones down a look in a chic way.

Or a Pretty Slip Skirt

Style Notes: This is also fun. Try a satin slip skirt in a bold fun colour with an oversized tee.

Style Notes: Cycling shorts and chunky Velcro sandals are two of the most popular summer pieces and also the comfiest. Pair with an oversized tie-dye tee and run out the door.

Take Your Tie-Dye Skills to the Next Level

Style Notes: Print on print works with tie-dye tops too. If you love a "more is more" approach to fashion, then this look is for you.

Make It Your Going-Out Top

Style Notes: Tie-dye tops even work for a night out. Why not try a cropped style with a wrap skirt and heels?

A Button-Down Version Can Look Smart

Turn It Into An Accessory

Style Notes: Hanna always has a fun take on trends and uses her tie-dye top as an accent for her outfit, slinging it over one shoulder. 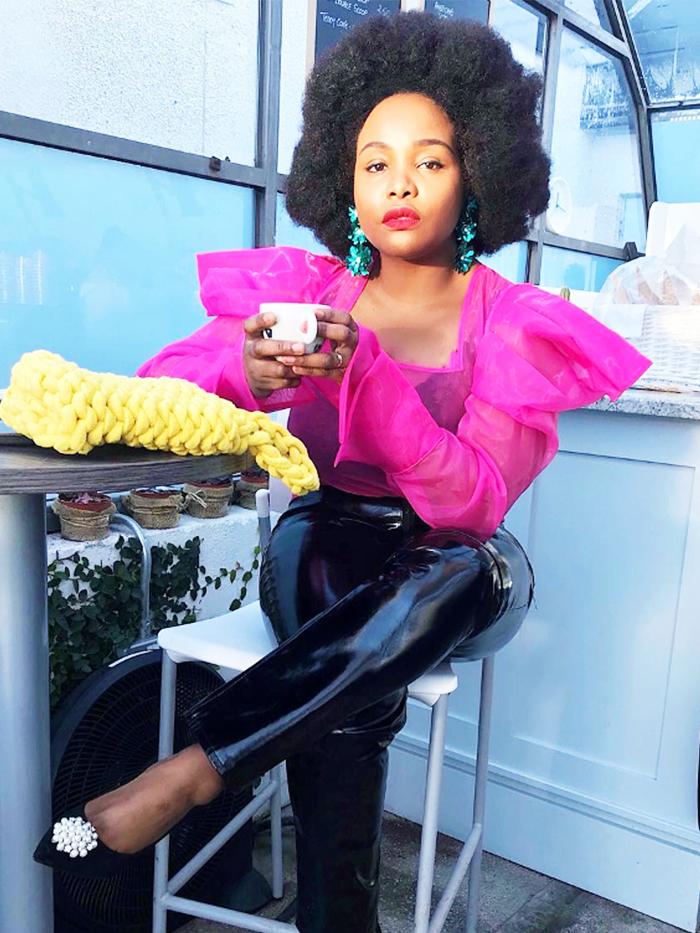 Up Next: Autumn/Winter 2019 Trends: The Only New Fashion Looks You Need to Know