There's nothing I love more as a beauty editor than spotting a trend via a new wave of products. It starts with a few more press releases than usual announcing a new brand or product. The next thing I know, it's landed on my desk. Slowly but surely, I begin to realize there's a moment happening in the beauty industry. That's exactly what's happened over the past couple of months, as I've noticed a sure but steady stream of spot stickers making their way into the beauty cupboard. As someone with spot-prone skin, this is one product trend that well and truly had my interests piqued.

So when I heard that ZitSticka was so popular it kept selling out (within a week of launching on Cult Beauty, to be specific), I knew they were probably more than just a passing fad. I took a couple home to try last week, and I have to say that I was impressed—and that's coming from someone who has a very healthy dose of cynicism when it comes to products that promise to banish blemishes. I popped one onto a particularly angry spot on my cheek after doing my full skincare routine before bed, and by the morning—while it hadn't disappeared entirely—it was visibly smaller in size and less red.

To find out more about the rise in popularity of spot stickers and how they actually work, I caught up with Robbie Miller and Daniel Kaplan, the founders of ZitSticka, to chat all things breakouts. Keep scrolling for the full lowdown and to shop the best spot stickers on the market right now.

The Rise in Pimple Patches

"As the beauty industry grows and evolves, naturally its offering becomes more diverse, so the proliferation of spot stickers in 2019 makes complete sense," explained Miller and Kaplan. "Everyone's busy doing 797,569 things at once. Spot stickers are an efficient, hygienic and discreet way to resolve spots. In the case of ZitSticka, our particular delivery system is actually being tested for use across other applications within the medical realm—such as vaccinations, birth control and tuberculosis diagnosis. (Google it!) Turns out there's a lot that self-dissolving microdarts embedded into a patch can do!" 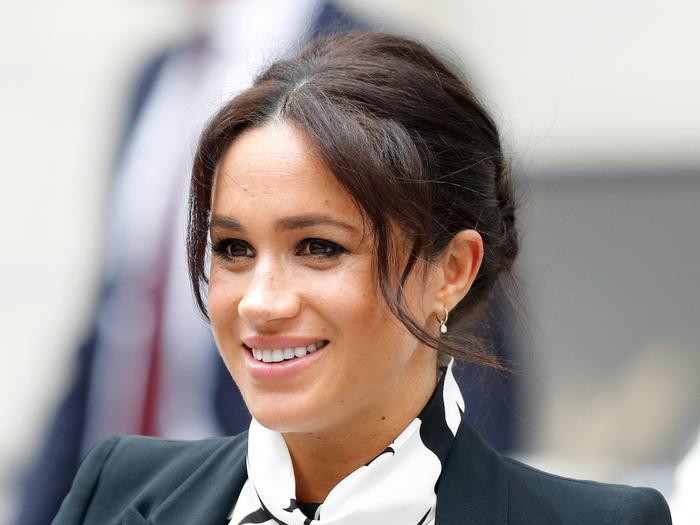 How to Actually Deal With a Spot, According to Meghan's Makeup Artist
Read Now

"Find your own unique triggers, and develop your own unique skincare routine," say Miller and Kaplan. "Often this takes a while to figure out, but many people's breakouts are activated by stress, diet, hormonal fluctuations, inadequate sleep … many things beyond the products you're using topically. Topical products within a consistent routine are, of course, helpful, and it's all about trying things on for size and finding what works best.

"Two universally helpful additions for almost everyone's routine are retinoids (aka vitamin A) for both anti-ageing and anti-acne purposes, as these accelerate cell turnover to help reveal fresh skins faster. Also, hyaluronic acid (present in the ZitSticka Killa), as it's a moisture-binding molecule that's able to retain many times its own weight in water, so it acts as a supreme hydrator."

"Well, I basically got a massive boil on my bum that was extremely painful," revealed Kaplan. "A year later, I felt it coming back, and the person at the pharmacy gave me Ichthammol, which is a drawing salve, but it stains everything it touches. It's extremely black and tarry, so he said to place a plaster on top so it doesn't stain anything.

"What followed next was quite literally a lightbulb moment: 'Whenever I have a spot in my life, I'm going to put a plaster over it.' Robbie is actually my brother-in-law, and he's the only other person I made a sticker for. Luckily, Robbie has a background in pharmaceuticals, and when he saw my idea, he was like, 'Let's just do this.' We looked into the field and found there were no other stickers that actually impregnate a zit with the ingredients. They simply sit on top." 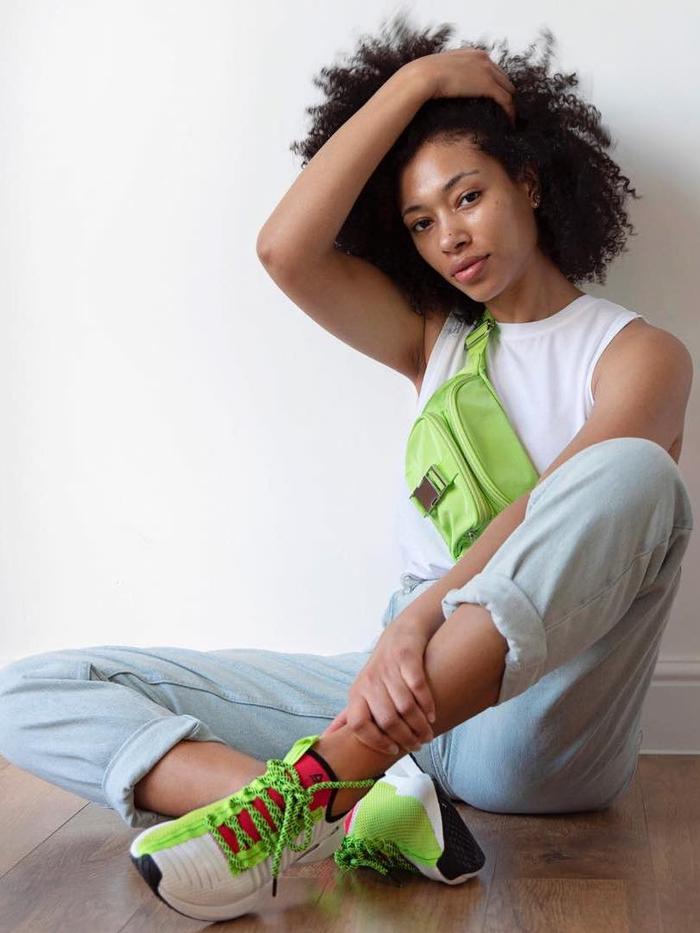 This Workout Will Give You Better Skin, According to a Dermatologist
Read Now

"Killa is a penetrative stick-on patch that uses microdart technology to directly deposit acne-fighting ingredients into early stage spots to halt zit formation in its tracks," explained Kaplan. "Each patch contains 24 self-dissolving microdarts that prick the affected area (there's a satisfying pricking sensation) and penetrate active product beyond the epidermal layer, straight into the zit's nucleus.

"In just two hours, acne-causing bacteria is killed and the size and redness of the zit is noticeably reduced. Killa is all about accelerating the life of a pimple, so there's an antimicrobial peptide called oligo-peptide 76, which addresses acne-causing bacteria. Next, we have vitamin B3 for anti-inflammation, which reduces redness, swelling and even pain. Salicylic acid is included as an exfoliant to unclog pores. Finally, we have hyaluronic acid, which acts as the delivery system for the ingredients. It's the carrier, but it also helps moisturise the area and flush the area of any buildup that was there before, which is nice.

"There are two ways to use it: If you catch a pimple early—very early—it's possible to quell its progression and never see it reach the surface of your skin. Catch it a little later and the HA takes on more of a flushing function, expediting the life of a zit and bringing it to a head much faster than if you'd let it run its course."

"I also want to bring attention to what we stand for and our dedication to destigmatising the conversation around acne," said Kaplan. "We want to make sure that spot treatments are cool and not strictly medicinal. When acne is spoken about, it's traditionally a bit soppy and extremely sad. But we want to make it like how we talk about wrinkles or other pigmentation—a part of life.

"You know, when you look at the traditional acne treatments in the market—just from the packaging—it's all very sterile, not very chic, and without charm or humour. It's either extremely medicinal or very young-looking (for teens and young kids). We wanted to beautify acne treatments so they could sit alongside the other aesthetically pleasing items on your shelf. … That's all part of normalising this conversation."

"We want to be really clear [though] that this is not for those who deal with all-over acne," explained Miller. "We don't want our customers wearing multiple stickers at once over multiple pimples. These stickers are for those who suffer from one-off breakouts and need a quick, easy, effective treatment to help limit its lifetime."

The sellout spot stickers that keep flying off the shelves. I've tried and tested them and can confirm that they genuinely work.

Infused with exfoliating salicylic acid, protective vitamin C and skin-soothing grape seed and soy oils, these spot stickers are unique in the fact that they can be worn both under and over makeup. 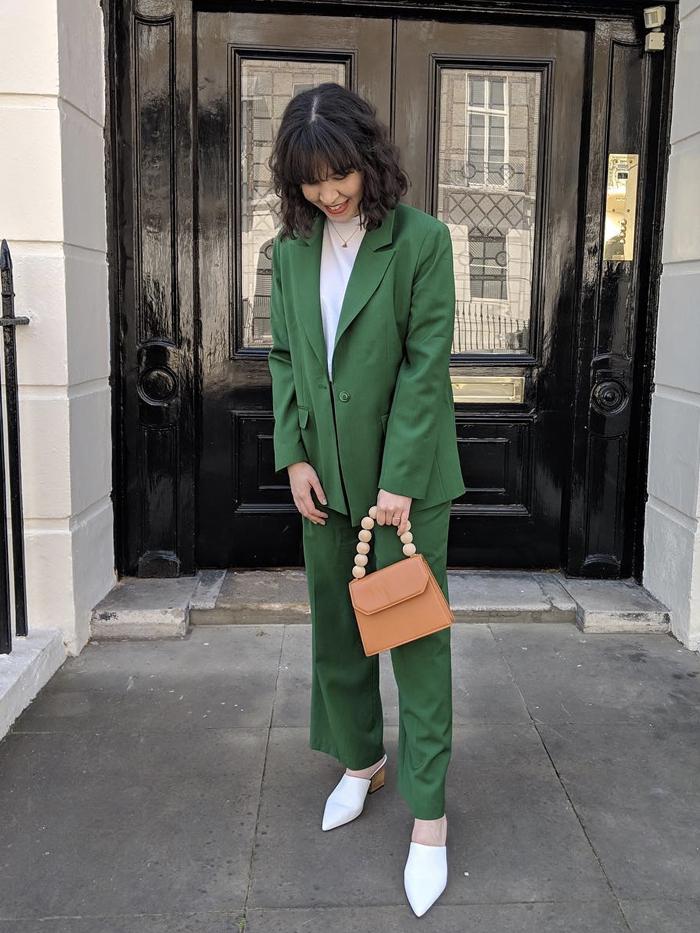 Similarly to ZitSticka, these spot stickers contain needles of hyaluronic acid, salicylic acid and green tea to heal the pimple at its root.

Although I didn't find these patches quite as effective as the pricier spot stickers, if you're an avid face toucher like I am, they're a godsend at preventing you from picking or touching breakouts.

For best results, apply these antibacterial stickers overnight to soothe inflammation and calm redness by morning. They contain tea tree and salicylic acid, so you know they'll be effective.

Slightly naff packaging aside, this Canadian-Korean skincare brand really knows what it's doing when it comes to skincare patches and sheet masks. These ones contain purifying volcanic ash, tea tree oil and salicylic acid to soothe breakouts.

Charcoal is one of the most naturally effective ingredients to look out for when you're faced with a breakout, and these spot stickers have it in abundance. They also contain salicylic acid (of course) and tomato extract, which is naturally detoxifying for a gentle way to soothe blemishes.

A popular K-beauty solution for tackling unwanted blemishes, these patches are particularly focused on healing and preventing the formation of scarring (which many breakouts leave behind).

Next up, according to our editors, these are the best lip balms ever.