While the mercury might be plummeting in London, you can’t help but be transported to warmer climes when browsing Soraya Bakhtiar’s edit of Egyptian designers for Parisian boutique Maison Pyramide. After planning a trip to Cairo, Soraya took the opportunity to become acquainted with the local fashion talent in the capital, and in turn, offer up-and-coming brands a platform from which to address a global audience.

The result is an eclectic collection of labels, that range from Okhtein’s “go with everything” bags to elegant pieces from The King’s Mother. We spoke to Soraya to find out what she learnt from her visit and get the intel on the hot young things making their mark in the Egyptian market. Scroll down to see what she said and discover her favourite pieces.

How did you end up exploring fashion in Egypt?

It wasn’t a coincidence, as I’m half Egyptian. However, this year I went twice, as I wanted to reconnect with this part of my heritage. I didn’t have the opportunity to go back in the last decade, so things have changed quite a bit from what I remembered. Maison Pyramide and I have been in contact for many years because they have a team in Beirut, where I’ve been spending a lot of time lately. When I told them I was planning a trip to Egypt this autumn, they offered to introduce me to some emerging talent. It was a great occasion to meet local designers, influencers, concept stores and more.

I was astonished by the work of Egyptian designers and their ambition to get their designs to cross the borders of the Middle East. It’s a flourishing industry and some designers have already started to make a name for themselves and are leading the way in the fashion revolution the country is experiencing right now. Women in Cairo (like in most Arab countries) love to dress up, to shop and host events, so the fashion scene is growing strong. 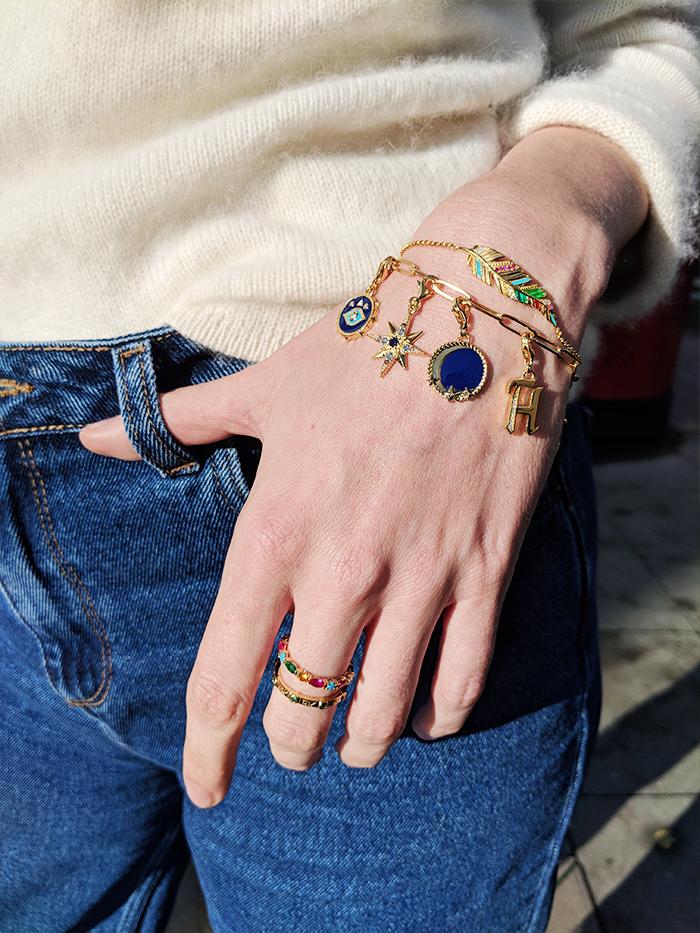 What are the brands you’d recommend, and where can readers get hold of them?

Okhtein is an Egyptian handbag brand launched by two sisters (“Okhtein” means sisters in Arabic), and their pieces can be found in Selfridges, Browns and Farfetch. Maison Yeya is a couture house that can be purchased on Moda Operandi. Maram Aboul Enein, meanwhile, is known for her playful pieces that mix prints, textures and colour—you’ll understand once you visit her e-shop. I also love The King’s Mother, which specialises in contemporary tailored blazers with a twist. Kojak is, in my opinion, one of the countries most promising talent and takes personal orders in his atelier in Garden City, Cairo. Finally, Azza Fahmy is a legendary and iconic jewellery brand that recently opened a store in London in Burlington Arcade.

Do you think this could become a hub for fashion? Could there be a fashion week? Are there local influencers?

In the future, Cairo could definitely become a fashion hub, which is why I find it so interesting to watch its story unfold. As for local influencers, there are many, and I had the opportunity of meeting some of them. What I noticed is the influence they have in the region, and not only in fashion. Considering there are more than 20 million people who live in Cairo, it’s crazy how many people look up to influencers. Social media has a very strong voice in the region—even more so after the Arab springs.

What do you think is the biggest misconception about African/North African fashion?

Most people assume the fashion in the region is either too modest or too glitzy, which is not the case at all. I was surprised to see how liberal and avant-garde some designers are. It was so inspiring.

This will work for every occasion.

We love the quirky collar on this leather jacket.

Perfect for a party.

Everyone needs a pink jumper this winter.

Turn heads in this tulle showstopper.

A classic season after season.

Wear these sequin trousers with heels and a white tee for dance floor–ready cool.

This will look chic with a white shirt.

A dream for a black-tie event.

This was made to be worn with an LBD.

Up Next: I’m Not Wishing Autumn Away, But These Winter-Ready Dresses Are So Good