Of all the places on the internet, Reddit isn't exactly my number one spot for fashion advice. Sure, for a funny meme or a passive-aggressive argument over which Buffy the Vampire Slayer episode is the best (it's obviously "Once More, With Feeling," by the way), Reddit's your site. But style guidance? Oh no—that's what you come here for.

However, there was an interesting conversation chain I spotted a few days ago on the Ask Reddit subthread about the little things that make someone more attractive. While I'm not saying I'd change how I dress or how I look according to what an anonymous person said on the internet, I was fascinated to know what the contributors on Reddit were saying, and I was also kind of surprised.

The top comment about what makes someone more attractive wasn't anything to do with someone's physical appearance, but it had to do with how they dressed. In fact, there were more than a few mentions of items of clothing that plenty of contributors thought made someone more appealing. Keen to find out what they were?

Keep scrolling for the number one thing that makes people more attractive, according to Reddit, plus five more that made the list.

Style Notes: As the number one item on the Reddit list, this was kind of surprising (because it's something a fashion insider would say, and we're not sure how many of them actively use this channel), but it makes sense. If your clothes don't fit, you're not going to feel comfortable and you're not going to appear as confident. Even if you're petite, you can find clothes that work for you. We've also got the body shape calculator to help you decipher the pieces that are most suited to your shape.

Tailoring is always a go-to option when looking for flattering lines.

Style Notes: Perhaps this has something to do with the Victorians finding the sight of a woman's ankle more shocking than someone being topless. The anklet is one of the most attractive items someone can wear, according to Reddit users. What with the likes of Attico designer Gilda Ambrosio championing the anklet (both dainty and chunky) this is a legitimate trend that is set to grow… and perhaps gain you some compliments along the way.

Style Notes: We can all reference that point in She's All That when the "nerd" glasses come off and someone's suddenly so much cooler, so imagine our surprise to find that Reddit users happen to think the opposite. There are no scientific studies that back this up (it's a little niche, admittedly), but perhaps it's the simple concept of changing your ordinary appearance that seals the deal. That said, the geek-chic glasses trend is still going strong, so there's something in it for all of us.

An inexpensive way to do this look. 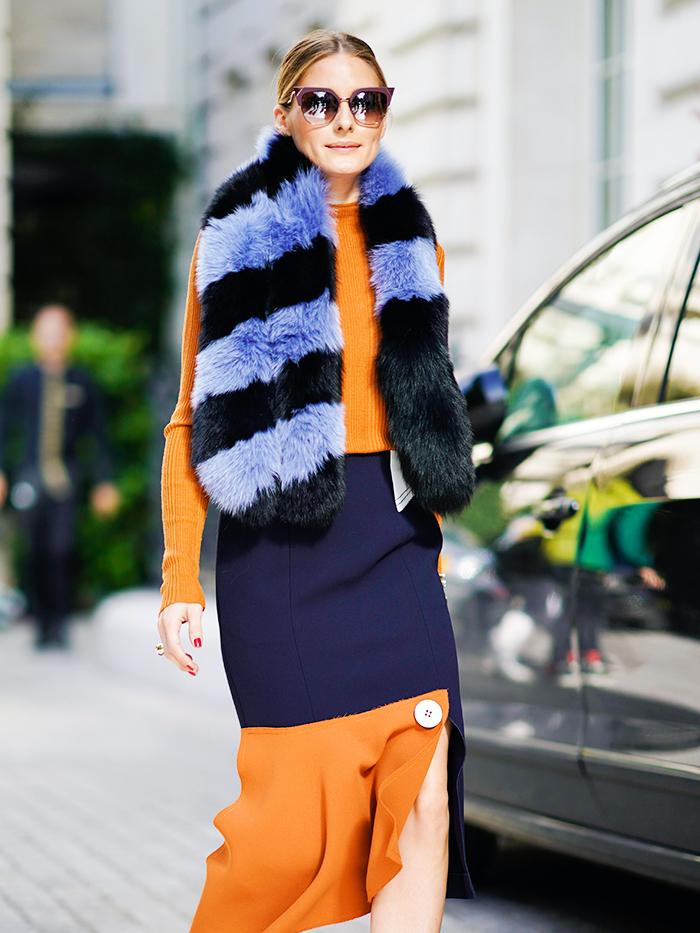 Style Notes: While there was only a straightforward, no-messing-around "dresses" comment on Reddit, there is a smidgen of scientific evidence to back it up. A study from the University of New South Wales showed that men are more attracted to a woman's arms, so strapless or off-the-shoulder dresses might be your best call here. Similarly, researchers in New Zealand discovered that men prefer an hourglass figure with a larger waist-to-hips ratio, so dresses that cinch the waist is a classic fallback. But most of all, wear whatever dress makes you feel like a million dollars, and you're onto a winner.

Such a pretty dress from & Other Stories.

#5: A short skirt and a long jacket

Style Notes: While the short skirts part of this fashion equation may seem obvious, we weren't expecting to be met with the long winter coat addition. We would imagine there's something sensual about revealing just a peek of leg, rather than the whole shebang all at once. Less is more, right?

In pink, what else?

Style Notes: Much like many of the other preferred items on this list, the choker will also bring you trend-smashing kudos. Who knew that Reddit's core demographic would love so many of-the-moment pieces? On the other hand, necks are an erogenous zone, so anything that highlights that area may be subliminally making everyone fall in love with you. Oops.

Buy for a necklace that will last seasons.

Next up! The A/W 17 fashion trends you need to know about.