As excited as we originally were to usher boots back into our wardrobes, the novelty is beginning to wane slightly. Don't get us wrong—we still love wearing the styles we've invested in (as should you), but we've been on the lookout for another pair of shoes to break up our stringent ankle boot regime.

Seeing as it's too chilly for loafers and heels are a no-go (unless it's a car-to-party venue situation), we've turned our attention to trainers. Particularly Nike's M2K Tekno trainers.

There's no denying that 2018 was the year of It sneakers, with both Louis Vuitton and Fila making chunky trainers one of the most coveted shoes of the season. Then there was Veja, the eco-friendly brand that won the heart of Meghan Markle with its minimal designs. It seems, however, that Nike's M2K Tekno has been quietly gaining momentum, and it's already on track to be the most in-demand trainer of 2019.

Much like the Fila Disruptors, it’s an affordable take on the chunky-sneakers trend and is also proving a hit on the social media scene. So much so, Lyst reports that generated more than more than 20,000 mentions on social media this quarter. If that's not an indicator if it's impending cult status, we don't know what is.

Thanks to the thick sole, which also boasts serious grip technology, it serves as a practical investment for the coming months, though we reckon it'll truly start spiking come spring when everyone else starts to catch on.

As always, we recommend getting in on the action early if you can, so we've rounded up all the Nike M2K Tekno trainers currently on offer so you can shop them in one place.

Give your knitted co-ords a downtime spin with white Teknos. 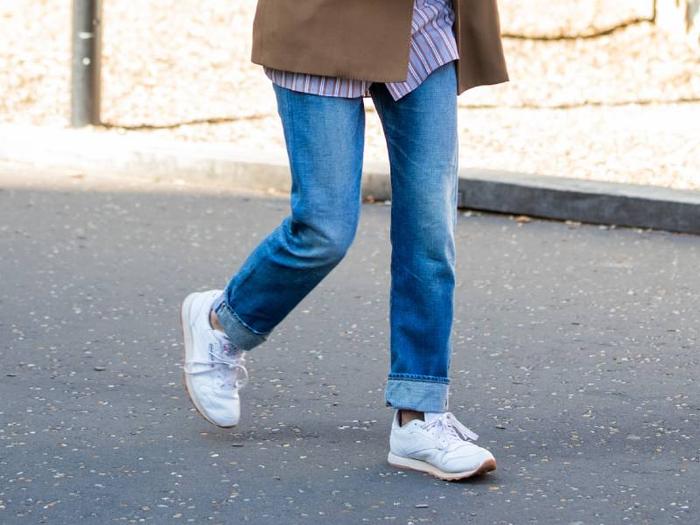 Can't get enough of sneakers? Check out the other trainer styles we think will become a big deal in 2019…