No iPhones, no social media, no Kim Kardashian West and certainly no President Donald Trump. The noughties were a simpler time. Fashion-wise, however, it's not generally viewed as a high point in the history of taste. But as we all know, fashion is a cyclical being, and it was only a matter of time before the decade that wardrobes tried to forget released its comeback album. If anyone is in any doubt (read: denial) about the return of this era, then they need simply scroll through Zara's latest new-in delivery—and if Zara has given the green light, then who are we to argue? Prepare to hurtle back in time and see all manner of epoch-defining styles, from ripped denim and mirrored sunglasses to cowl-neck camis and, of course, a pair of cargo pants for good measure. Yes, my teen self would have been thrilled to be met with such an array under one e-tail roof.

If you're uncertain about how to approach this look, then we suggest dipping your toe in with a single signature piece. For example, a pair of noughties-inspired strappy heels are a great way to nod to the trend and can be worn with most outfits—from jeans to dresses. Or one level up, you can try a cowl-neck top next time you go out out (just wear with grown-up tailored trousers to keep it chic). However, if you want to go full-on Britney circa 2001, then more power to you. Scroll down to shop our new-in Zara edit.

Noughties style 101: All denim must be ripped within an inch of its life.

The cowl-neck returneth in all its clingy glory.

The Backstreet Boys ain't got nothing on these babies.

My teenage self would've tucked this bad boy into the below cargo trousers.

Cargo pants: an icon of noughties fashion. They're no longer bedecked with chains, but they still offer the same grungy appeal. 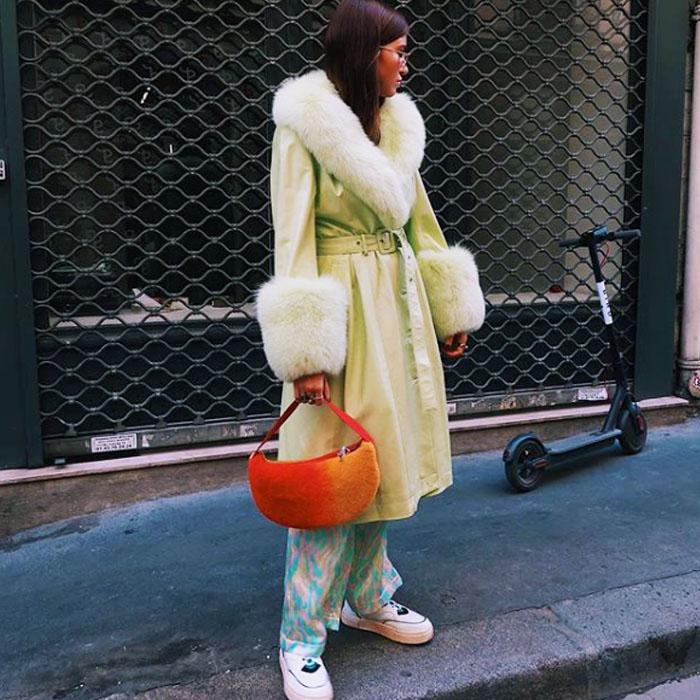 We're not entirely sure how anything will fit in this teeny-tiny bag, but it's the bling that counts, right?

Ah, the token heels that our teen selves would optimistically buy but never wear.

A teen's wardrobe would not be complete without an oversize hoodie from which to withdraw from the world.

Is it really a going-out (read: school disco) top if it isn't asymmetric?

Paris Hilton circa 2004 would be proud to clad herself in this glorious metal ring–trim top.

Up Next: Thanks to Instagram, "French" and "Scandi" style are becoming a myth.