Some would argue that the naked dress trend made a bona fide arrival in 2014 when Rihanna turned up at the CFDA Awards in a spiderweb-fine, Swarovski-studded Adam Selman gown. It was, for all intents and purposes, a very memorable way to pick up her Fashion Icon of the Year gong. Then, at the 2015 Met Gala, Beyoncé dropped jaws in a barely there mesh creation from Givenchy by Riccardo Tisci. Kim Kardashian West made headlines when she chose a shimmering, sheer slip dress for New York Fashion Week (leaving her bra at home), and now model-of-the-moment Bella Hadid has donned one of the sheerest gowns we've ever set eyes on to make her presence felt at the Cannes Film Festival.

But none of these women are the originator of this trend. The naked dress actually dates well back into the early 1900s, with Theda Bara posing as Cleopatra in 1917, for example, or Josephine Baker in her unforgettable banana dance routine costume.

Other fans of this particular brand of risqué include Cher (in many, many different designs from Bob Mackie), Jennifer Lopez (namely stunning the world in a plunging, bright green Versace dress at the 2001 Grammy Awards), and Liz Hurley (no one could ever forget the black safety-pin number she wore to the premiere of Four Weddings and a Funeral in 1994). But don't just take our word for it, click through our gallery to find out the most iconic naked dresses of all time.

Considered to be the first-ever sex symbol in Hollywood, Theda Bara became well-known for her lead role in Cleopatra… as well as for the revealing costumes that went with it.

American performer Josephine Baker wore this skimpy get-up for her famous banana dance and became an overnight sensation when she performed it in Paris in 1927.

In 1953, Marlene Dietrich wore a transparent gown designed by Jean-Louis while performing in Las Vegas at the Sahara hotel. Even she knew it was very cheeky for the time.

For the film Some Like It Hot, Marilyn Monroe wore this scandalous dress—a silhouette with detailing that surely influences today's naked gowns.

What trends didn't Jane Birkin start? Take this summer, for example: Everyone was desperate to get their hands on a basket bag, just like the one Birkin is holding in this picture, proving her influence holds tight over four decades later. We're pretty sure the bag wasn't the focal point of this particular ensemble.

Bob Mackie created a phenomenal number of barely there gowns for Cher in his time, but perhaps this one is the most iconic. The singer wore the glittering sheath to the Met Gala in 1974 and inspired Kim Kardashian West's gown in 2015.

When we talk about '90s slip dresses, we think about this iconic organza version Kate Moss wore in 1993. The fashion model wore the Liza Bruce piece to an Elite Model Agency event and apparently had to return it to the designer after the party. Never mind.

Ah, the Versace dress that launched so many imitations—not to mention a career. Back then Elizabeth Hurley was the girlfriend of Four Weddings and a Funeral star Hugh Grant.

One of our favourite naked dresses of all time has to be the one worn by Carrie Bradshaw in Sex and the City. The DKNY number wasn't the first, but it definitely had a lasting effect. 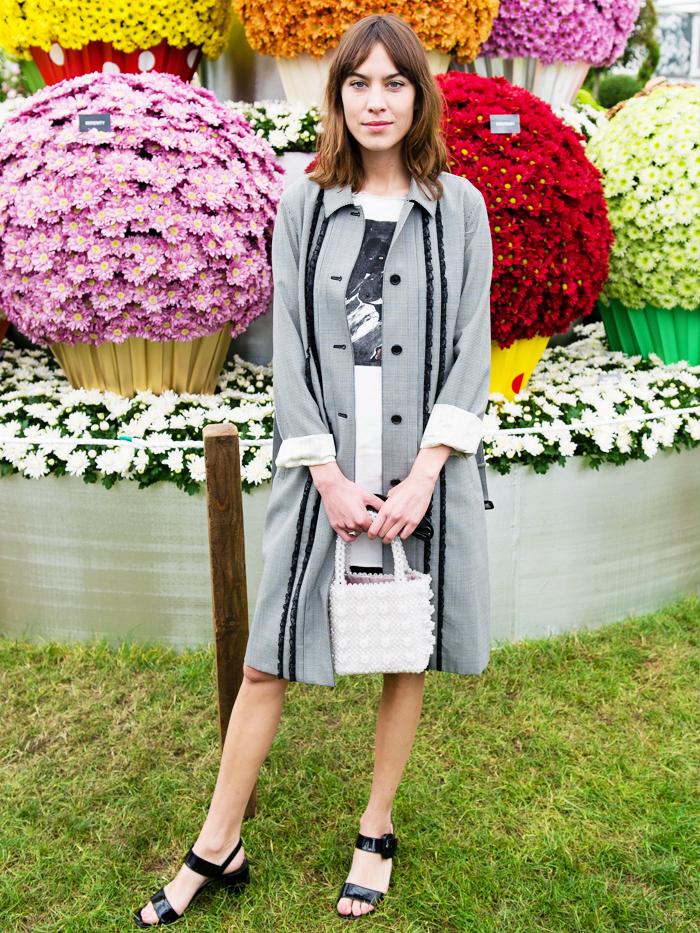 The actress arrived to the 1998 MTV Video Music Awards with nothing to hide—we'd even forgotten about Marilyn Manson's fetching trouser suit. The back of her midi-length gown was constructed of little more than black threads.

The rapper made an unforgettable appearance at the 1999 VMAs when she showed up in a glittering purple mermaid-style jumpsuit, matching wig, and—as you do—a matching nipple pastie to cover her modesty.

The curvaceous singer hit the red carpet at the 2001 Grammy Awards on the arm of Puff Daddy (that was his nomenclature then) wearing a revealing, now iconic silk-chiffon gown by Versace.

At the L.A. premiere of Iron Man 3, Paltrow raised more than a few eyebrows in a dress from Antonio Berardi’s A/W 13 collection—complete with completely sheer paneling up both sides.

At the 2015 MTV VMAs, host Miley Cyrus turned up on the red carpet wearing this custom Versace outfit and boots. We're starting to see a theme emerging from this Italian fashion house…

While fashion is the thing at the Met Gala, all anyone could talk about post-event was how incredible Beyoncé's super-honed body looked in this Givenchy showstopper.

To accept the CFDA’s highly coveted Fashion Icon of the Year award, Rihanna arrived in a custom Adam Selman dress that was produced with 230,000 hand-inlaid Swarovski crystals. Some loved it, some gasped at it, but everyone noticed it.

A naked gallery wouldn't be complete without a look from Kim Kardashian West. While she has definitely pushed the boundaries when it comes to the art of not really wearing any clothes, the one that fits in most with this theme is  his Maison Margiela slip that she wore in New York recently.

Bella Hadid made jaws drop when she attended the Cannes Film Festival in 2016. The gown designed by Alexandre Vauthier was a dramatic red and had to be (occasionally) held in place by Hadid to protect her dignity.

Next up, here's where to shop swimwear like the A-listers.

Hadid reclaimed her 'Naked Queen of Cannes' crown for a subsequent year, rocking up to the amfAR Gala in just a pair of high-cut knickers and a sheer, embellished gown by Ralph & Russo, leaving very little to the imagination.