Are you as obsessed with French style as much as we are? From the ingeniously concise ways these girls craft capsule wardrobes to our newfound love for their country's first ever online-only label, Sézane, it's not just the lofty runways of Paris Fashion Week that fascinate us.

The French fashion crew may not get as heavily street style snapped as, say, the Italians, but that's because their outfits aren't outré and are rarely lens-attracting. But that doesn't mean they're any lesser in terms of real-life impact. These ladies are subtle, classic and often wearing the very same outfit they wore last week and the week before that… And the week before that. They're the kind of women we aim to dress like more often—chic but not try-hard, casual but somehow smart, trendy but never slavish to trends.

So of course you know styling gurus like Carine Roitfeld already, but what of some of other sartorial luminaries that fly un petit peu under the radar? Scroll down to see the French fillies whose wardrobes we'd like to raid—then shop for sophisticated buys to match them.

Wear: Caroline wears the hell outta trousers. She's often snapped in a tailored suit, but these Fendi leather pants caught our eye—who would've thought to pair them with a romantic blouse?

Wear: Aymeline brings a smidgen of rock chic to every look—even in a smart Dior ensemble like this. Note the swept back hair, stacks of jewellery and rolled-up cuffs.

What: French-British blogger who could easily be mistaken for a Scandi thanks to her capable skills with oversize clothes

Wear: Camille doesn't have a set look, but what you will often find in common with each outfit is a certain degree of déshabillé—a too-long sleeve there, mussed-up hair there…

What: Actress, model, darling of the fashion world

Wear: Clémence is the kind of girl you'd imagine in a Chloé advert (fact: she actually is a Chloé campaign girl), breezing through a field with tousled hair and a bohemian gown. She also does tomboy very well–case in point, those flat shoes.

Wear: During the promo trail for Spectre, Lea proposed a series of seriously sharp ensembles, from the red carpet to the sidewalks. She's always very polished—think of a Hollywood version of French dressing—and often seen wearing Prada.

What: Art director, model, founder of super-cute mommy blog Romy And The Bunnies

Wear: Julia, as you can see, has cracking legs. She's most commonly seen in a miniskirt with heels, balanced out with something suitably casual like this striped knit. Sassy but never too sassy.

What: Fashion designer and artistic director at Sonia Rykiel

Wear: Those in the industry think Julie is about as cool as they come—that's plain to see in the way she rocks the hell outta those silver Sonia Rykiel pants. Her choices aren't as simple as the standard Parisian formula, so for wildcard French style, this is our woman.

Wear: This angelic face first captured the hearts of street style photographers as a student when she kept having her picture taken at Paris Fashion Week. Her elfin qualities are cut through by a wicked wardrobe—her style is very changeable, she's currently looking quite grungey.

Wear: Jeanne always injects a girlish attitude to even the most relaxed looks (especially via a little lipstick) and we've noticed a thread of the 1970s running through her wardrobe. 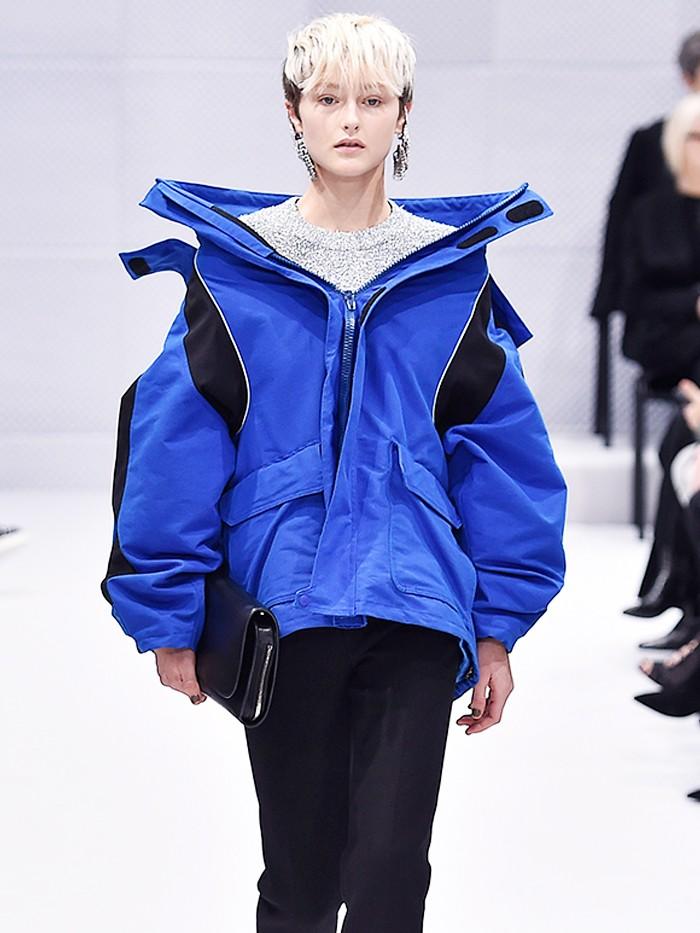 What: Editor in chief of Vogue.fr

Wear: She's a denim addict by the looks of things and has persuaded us into wearing white jeans again. With heels and a demi-tuck of a shirt or knit, Jennifer always looks artfully pulled together.

Wear: Violaine is cute, cute, cute. She wears sweet clothes in the sweetest ways, putting together unexpected layers in a fairly strict colour palette so her vibe never reads as wacky.

Wear: Geraldine can often be seen walking at the side of her magazine's editor, Emmanuelle Alt, and the two certainly share a love for skinny jeans, belted jackets and kitten heels.

Wear: Garance is adept as wearing masculine clothes without losing any of her innate femininity. She extols the virtues of top-quality, simple wardrobe pillars on her blog but is just as partial to a frivolous shearling coat, for example.

Next up, 10 secrets to getting dressed like French women.