From some of Rihanna's and Kim Kardashian West's most iconic outfits to cementing London's best dressed It-girl scene, super stylist and creative director Avigail Collins is known in fashion circles for being the go-to when you're a celebrity looking to craft an exciting new look. She's the mastermind behind ingenious ensembles for Lorde and is the force behind some of Daisy Lowe's sassiest getups, but Avigail's wardrobing skills extend even further: See her own streetwear-inspired line, Silver Spoon Attire, for starters. Founded in 2013, alongside her husband (and fellow sought-after stylist) Damian Collins, her high-profile music clients—and a global street style following—make up a pretty impressive fan club. If anyone can spot the next big thing, it's Avigail, which is why we're thrilled to have her on board at Who What Wear UK to bring you a monthly column about what's hot now.

I've been a stylist for over 10 years now, and the dress style that I have found really does suit all shapes is a floor-length figure-hugging hourglass-style gown. If you're on the curvy side, it embraces your shape and shows off your curves in all the right ways. Enhance this with Jessica Rabbit–style waves and a side part for ultra-seductive vibes.

If you're short, this style makes you look taller—especially if you combine one with nude heels and some shoulder on show. See Emma Roberts below as a great reference for petite girls.

If you're tall and slim, hourglass dresses make you look leaner, which is never a bad thing. You can also get away with mixing it up with your fave leather biker jacket for a tougher, effortless feel.

Whenever I wear this shape, I feel sassy and timeless, as it really has that Old Hollywood glamour feel about it (who doesn't love that?). If you're also looking for an edgier way to wear this dress style, then accessorise your arm with tons of bangles. If your dress is long-sleeved, try adding cuff bracelets (one on each arm—it's a great way to toughen it up). I love wearing really chunky rings with gowns like this, as it feels so unexpected.

No matter your shape or how you plan on styling this dress, trust me when I say it works! Keep scrolling to shop my recommended picks. 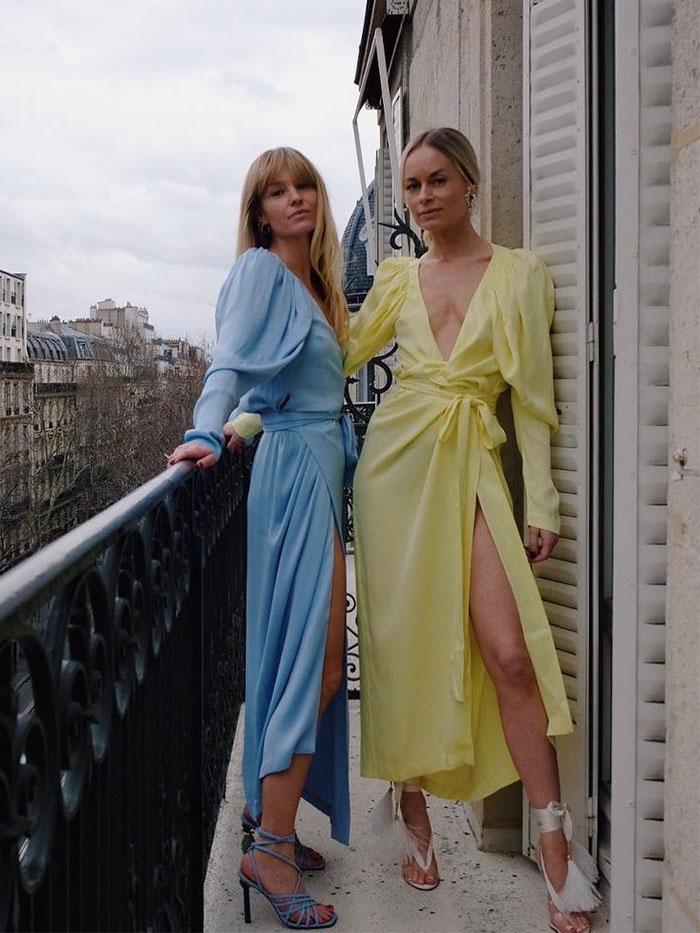 Up Next: The Clever Thongs, Waist-Nippers, Tights and Shapewear Celebs Actually Wear