It’s fair to say that it’s been a while since Mischa Barton permeated our style radar. Back in The O.C. days, the 31-year-old actress was a regular on the party circuit, and her covetable L.A. style was as closely observed and copied as, say, Alexa Chung’s and Bella Hadid’s are now.

However, in recent years, her appearances in the public eye have been increasingly infrequent—this year, for example, she’s been pictured out and about just twice. But her second stint in front of the flashbulbs—outside the Hotel Martinez during the Cannes Film Festival—instantly piqued our interest, and it’s easy to explain why.

Her look has everything we strive to master when grappling with that smart/casual intention. The chic red handbag (perfectly coordinated with a slick of lipstick) contrasted with an elegant gold-buttoned blazer grabbed our attention. Then the effortless but impactful extras started to drop like stylish pennies: a climate-appropriate lacy white blouse, skinny blue jeans with dip-dyed hems and strappy metallic sandals that are just the right height.

More conservative than Hadid and co.’s recent Riviera style, this is a look that oozes sophistication and wearability. That dinner party or Friday night birthday celebration you’ve got in the diary—Mischa’s just solved the conundrum of what to wear. Welcome back, girl. 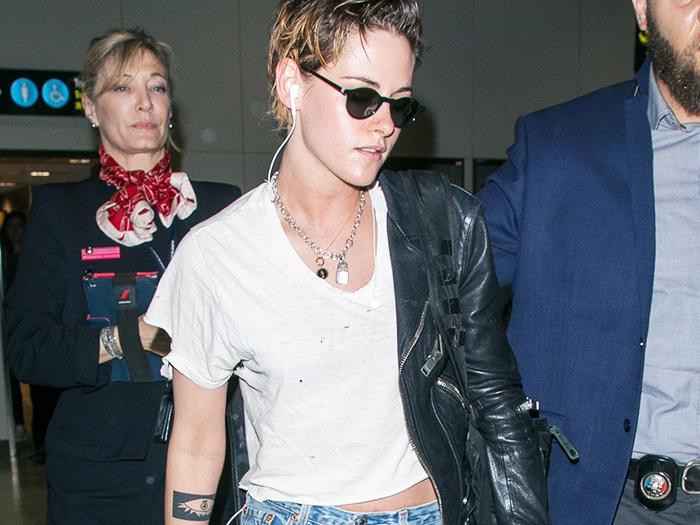 Next up, see what everyone's wearing on the Cannes red carpet.