If you think defining your own personal style is difficult, imagine what it's like for a celebrity. Designers quite literally throw themselves (okay, their garments) at the A-list 24/7, and having so many options at their disposal must be overwhelming (to say the least).

I'm not saying this problem equates to that of Brexit or gender inequality, but personally speaking, I'd struggle to maintain my outfit identity if suddenly the world's most sought-after clothes were at my disposal. Which is why I think it's so easy to sniff out a star who dresses the way they want to dress, as opposed to what stylists would have them wear.

And none are more headstrong than the minimalists. When your career calls for you to wear lavish gowns more frequently than jeans, it's little wonder the likes of Rihanna and Beyoncé utilise every opportunity to make a bold statement. However, with the minimalist movement more prolific than ever before, we thought it was high time we gave minimalist style icons the space they deserve.

Of course, we can appreciate all styles, but we're particularly inspired by those who choose simplicity over standing out, and whose wardrobes consist of clean lines as opposed to tulle and taffeta. Because style is so much more than wearing the first expensive dress that comes your way.

For this, I delved deep into the fashion archives to bring you the best pared-back dressers from the '60s right up to 2019. From Françoise Hardy and Audrey Hepburn to '80s It girls like Winona Ryder and Iman to Stacey Dooley and Claire Foy, keep scrolling to see the greatest minimalist style icons of all time.

Style Notes: Serving as a PR for Calvin Klein during its '90s reign, Carolyn Bessette Kennedy was the epitome of pared-back chic. Sleek tailoring, midi skirts and accessories The Row would design today were her go-to—even for the lavish state dinners she'd attend with her husband, John F. Kennedy Jr.

Style Notes: Cate Blanchett is elegance personified. Equally confident in a couture gown as she is suiting, her eye for simple silhouettes is unrivalled.

Style Notes: While much of young Hollywood default to body-cons and short hemlines, Elizabeth Olsen stands out from the crowd. Sure, Mary-Kate and Ashley may be her (ridiculously stylish) older siblings, but Elizabeth's love of oversized cuts and androgynous separates is all her own.

Style Notes: In the '60s, Françoise dominated the French music scene for the best part of the decade and became one of the most influential women in the industry. However, her influence also spread to fashion—androgynous to the bone, her uniform consisted of shirting, tailored trousers and low-heel boots.

Style Notes: A modern-day French fashion darling, Clémence Poésy has starred in countless Chloé campaigns and is a regular at Paris Fashion Week. However, we think she looks her best in off-duty jeans, a button-down and sandals.

Style Notes: From Annie Hall to her own choice of wares, Diane Keaton never fails to inspire us. While she's undoubtedly a fan of off-beat accessories, her clothes are always simple and effortless. 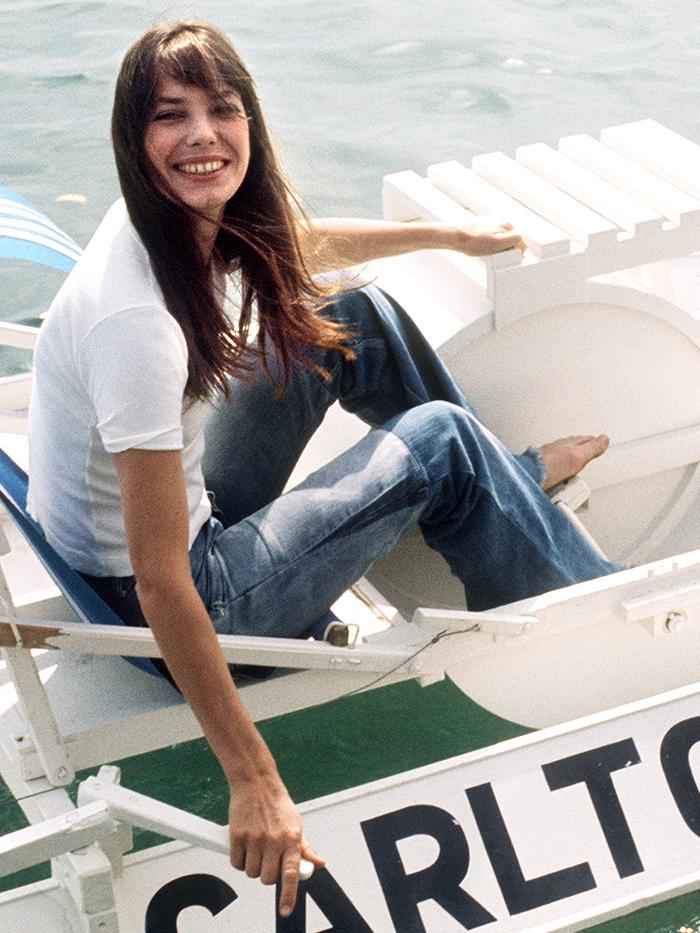 Style Notes: The cream roll-neck, the high-waisted skirt in contrasting black, the chunky gold hoops, the earthy-hued pout… There's nothing about this look that we don't love. Correction: There's not a super-minimalistic Sade look we don't love.

Style Notes: Gwyneth consistently proves that minimalists can wear colour too. This navy-and-purple clash works perfectly with her alabaster skin tone, while the uncomplicated cut of her coat and trousers give an air of sophistication.

Style Notes: Since starring in The Crown, Claire Foy swiftly became one of our favourite dressers, and it doesn't get better than this understated Calvin Klein ensemble.

Style Notes: Don't be fooled by her penchant for beachy hair and flip-flops; Jen is as minimalist as they come. No-fuss dresses are her forte, with pared-back accessories serving as her only add-ons.

Style Notes: Having redefined women's fashion during her sovereignty at Céline, Phoebe Philo is singlehandedly responsible for making minimalism more interesting and what it is today. And for that, we'll be forever grateful.

Style Notes: Somewhat enigmatic off-camera, we only really see Charlize Theron when she's on red carpet duty, where she's guaranteed to be sporting a minimalistic gown.

Style Notes: Being a minimalist in the '80s wasn't easy, but Iman's fondness of monochrome made her a beacon of classiness in a sea of brash looks. 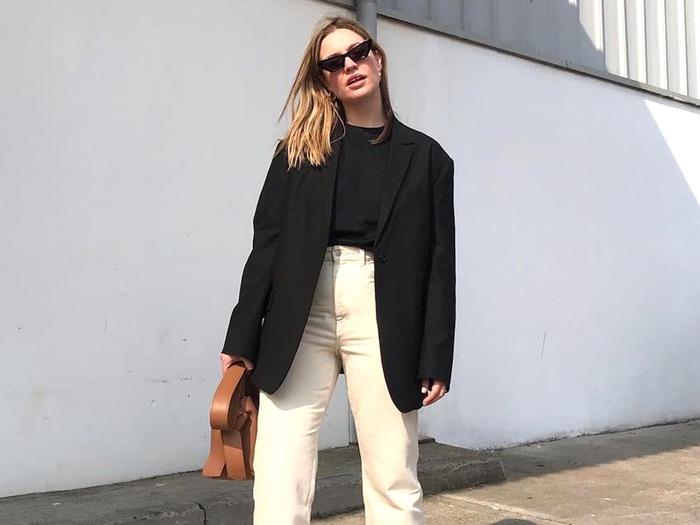 30 New-In Pieces for Minimalists From COS, Arket and Weekday
Read Now
Angelina Jolie

Style Notes: If you thought minimal fashion had to be all about oversized suits and coats, think again. Angelina Jolie makes minimalism work with her love of elegant pieces thanks to the muted colour palette and interesting shapes created by her cardigan and the folds on her dress.

Style Notes: You may have seen her wearing sequins on Strictly, but Stacey Dooley's personal wardrobe couldn't be more different. Made up of camel coats, chunky knits gold hoops and relaxed trousers, her red carpet style is pared-back, too. Case in point? This Mother of Pearl dress.

Style Notes: Her hair may have been frantic, but Italian actress Monica Vitti's style was anything but. Think blazers, roll-necks and minimal jewellery.

Style Notes: Having undergone a style transformation on a scale previously unseen, Victoria Beckham cast aside her collection of Roberto Cavalli dresses a while back and is now a minimal style convert, celebrating the concept of a capsule wardrobe via her own designs.

Style Notes: While Winona still sets our fashion pulses racing today, her '80s ensembles will always have a place in our hearts. No one could pull off a brown suit quite like she could.

Clothes are all well and good, but which shoe styles do minimalists wear? Let's find out…