There’s no ignoring it: winter coat weather is almost here. Like tinkering with your boiler’s thermostat and retrieving that high-count tog duvet from the attic, it pays to be prepared for that sudden cold snap. And it turns out many of you are—especially when it comes to this season’s cover-up inspiration.

Pinterest, the online ideas catalogue, is reporting a sharp rise in pins of winter coats, and there’s one clear winner: the military coat. The website has experienced a 70% increase in army-inspired styles since the start of September (followed by crushed velvet styles, in case you were wondering).

The stats aren’t that surprising when you think about it. The fashion world’s fixation with military accents has become so constant that utilitarian pieces are in that safe but desirable zone where they’re not quite a hot new trend nor a tiresome staple either. These army-infused aesthetics are still novel enough to excite us into considering a new purchase, but not so out-there that they’re doomed to be a one-season wonder.

Runway heavyweights Burberry, Prada and Marni are just a few of the big names to have embraced the classic details that make up a military-inspired piece, such as regimental piping, polished buttons and braiding. And where they go, many of our high-street favourites follow.

Fusing practicality with embellishment, the military coat is not a frivolous pursuit. Look for a style that’s heavy on the wool composition and you’ll be able to conquer even the most chilly of days in style.

Scroll through the gallery below for the most covetable military-inspired coats.

This mid-length coat is a practical but stylish buy, which subtly nods to military references.

This black style also comes in navy and khaki and at this very reasonable price, you could snap up the whole trio!

The gold piping on this covetable coat is enough to elevate the most basic of outfits. 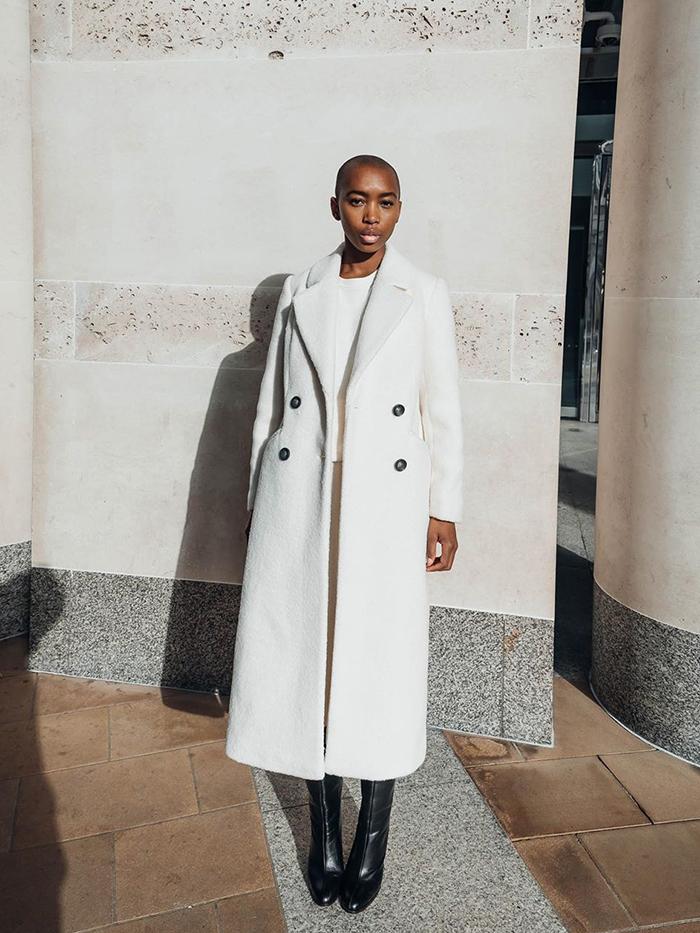 If You Buy a New Coat This Year, Make It One of These
Read Now
Red Valentino
Scalloped Double-Breasted Wool-Blend Coat
£695
Shop Now

Military-inspired, but with a soft, scallop-edged trim.

Of course, we can always rely on Zara to serve up a must-have coat.

Discover the 11 new arrivals that are total game-changers.