As if the slinky halter-neck Stella McCartney gown, nifty sports car and a rather dashing prince in a velvet tuxedo weren't enough to extend our gawps, Meghan Markle just piqued our interest even further en route to the wedding reception by waving an enormous emerald cut aquamarine and diamond ring into view. The ring was so mighty that not only could it warrant its own postcode, but it is also important enough to lay claim to its own heartwarming royal tale.

This beautiful whopper of a gem was first owned by Diana, Princess of Wales. It was custom made following her 1996 divorce from Prince Charles: She felt it inappropriate to still wear the original sapphire ring from Garrard and commissioned an alternative to better suit her tastes at the time. “She always chose diamond jewellery that was meaningful to her—she was very intentional with her jewellery choices and made sure they were the best representation of those meaningful moments,” Grant Mobley, a gemologist and Director at Pluczenik, tells the Express, estimating that one would expect to pay around the £75,000 mark today for such a unique creation.

As many of you may recall, following Diana's untimely death, the icon had requested that three quarters of her £21 million estate and her personal jewellery collection was to be put aside for her boys—Harry and William—to inherit. Her wish was for the sons to save these heirloom pieces for their future wives—and they have dutifully followed. Harry originally chose a sapphire ring and William opted for a Cartier watch, however, when William was set to propose to Kate Middleton, the younger brother stepped up as the sweet sibling we'd always imagined him to be and offered to do a swap. That means Catherine, Duchess of Cambridge, owns the £300,000 12-carat sapphire-and-diamond cluster ring while Harry used some diamonds from a brooch of Diana's in order to sandwich a Botswanan jewel for Meghan's engagement ring. In addition to those diamonds, it would now appear that this aquamarine ring—photographed above on Diana almost exactly twenty years ago—will also be adopted by the new Duchess of Sussex.

With Meghan surely kickstarting a trend for simpler, lace-free bridal gowns, could we also be looking at a rise in requests for coloured (and/or square, art deco–style) stones in wedding and engagement rings? Our gut feeling says yes—especially when you look at how that blue pops against her elegant white maxi.

Such an incredible hue. 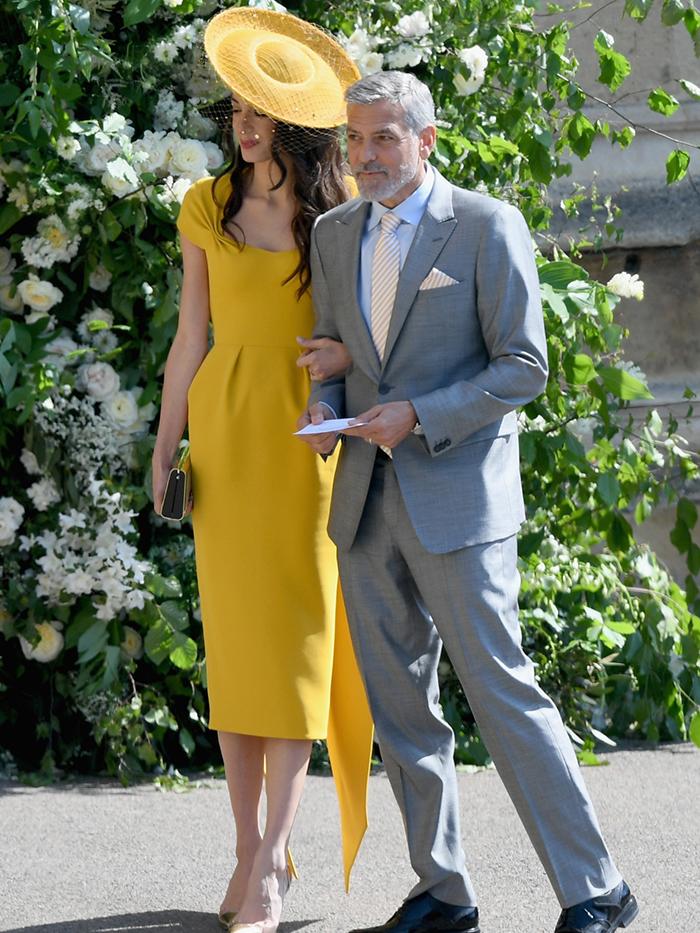 All of the Guest Outfits You HAVE to See From Meghan and Harry's Wedding
Read Now
EWA 18ct White Gold Diamond Shoulder Cocktail Ring, Aquamarine (£1695)

For those who aren't a fan of minimalism.

Congratulations, Meghan and Harry. We can't wait to hear about the reception…