Today the Duchess of Cambridge and Meghan Markle made their first official visit together, alongside Prince William and Prince Harry, at the Royal Foundation’s first forum to discuss their future charity work plans. Markle showed her support for the #MeToo and Time’s Up movements at the event, saying, “I think right now in the climate, we are seeing so many campaigns—I mean #MeToo and Time’s Up—and there is no better time to really continue to shine a light on women feeling empowered and people really helping to support them, men included. I mean, it makes such a tremendous difference. So … I guess we wait a couple of months and we can hit the ground running.”

The duchess and Markle coordinated their outfits, both wearing blue dresses, though the Suits star proved she’s not about to change her style for her new public role. She wore a smart but relaxed sleeveless, belted satin wrap dress in navy by New York designer Jason Wu, which she paired with simple black Aquazzura heels with a black ankle strap. Meanwhile, the duchess wore a more conservative £99 sleeved royal blue dress with two black buttons at the waist by her favourite maternity label, Seraphine. Keep scrolling to see both dresses, and be sure to buy the Jason Wu piece before it sells out. 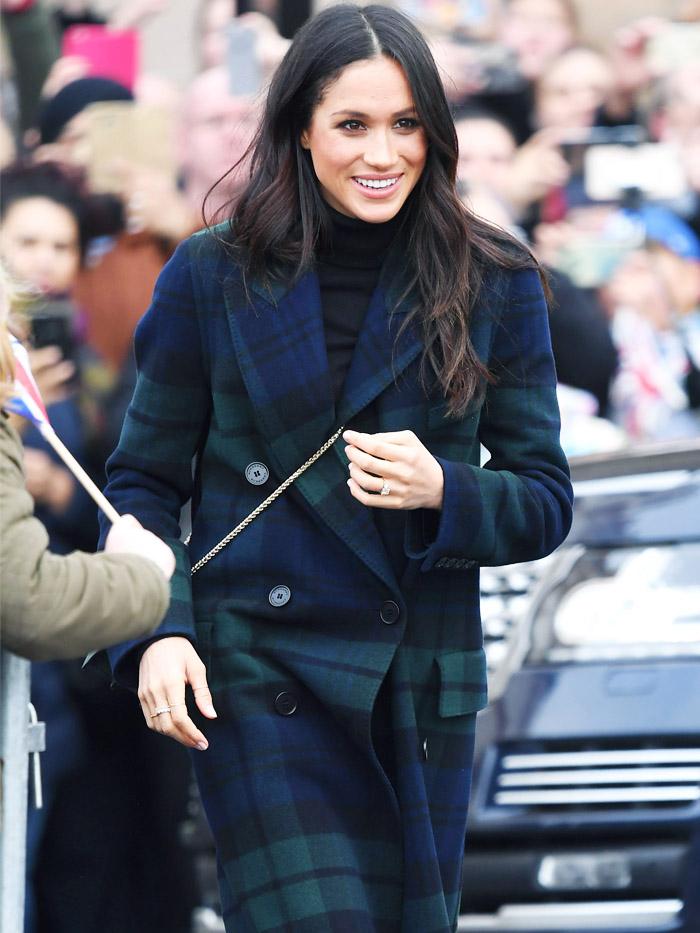