In an ideal world, being a woman over the age of 50 in the public eye wouldn't be something that was worthy of note, and the idea that we could look to older women for style inspiration wouldn't be such a novelty. But for far too long, negative conceptions of the mature woman have prevailed in every sphere of society, from boardrooms and TV to politics and relationships (why is an older single woman called a spinster while a man is labelled a bachelor?). And, as much as we hate to admit it, fashion has arguably been one of the worst offenders.

Over its history, the fashion industry has fetishised youth like no other. The age-old dictum states "age comes before beauty," but you need merely glance at the campaigns and runway shows from the last few decades to see that this hasn't been the case (and why should the two be mutually exclusive?). However, a quiet revolution is underway, and over the course of the last 12 months, we've seen un-airbrushed wrinkles on the covers of magazines, grey hair in beauty campaigns and grandmothers posting their #OOTDs on feeds followed by thousands.

Finally, it seems, fashion is catching up. The Silver Women is a new online platform that reflects this demand for a fresh narrative surrounding mature women. "I wanted to hear about other women's lives my own age and older. I didn't feel we were represented in the media at all, and if they were, it just seemed so dated and frumpy," says founder, Simone Silverman. "I want to take away the fear of ageing and show that it's not all about loss, that a woman doesn't reach a peak physically and then just fade away. We need to have another perspective."

A paradigm shift is underway. If adolescence is being extended into our 20's and people are retiring later and living for longer, then surely these outdated notions of age need to be reassessed? "I read a statistic recently that said 70% of middle-aged women feel ignored by the high street and the fashion industry, in general, which made me so sad," says Elizabeth Miles, classic model agent at Models 1. "It's almost as if society is demanding to see something different and the fashion industry is finally realising that beauty comes in so many more forms. This has resulted in more inclusivity and diversity across the board."

Forget tokenism—it's clear that this is what the public wants: to see themselves reflected in fashion imagery. Brands are realising that featuring an 18-year-old is a surefire way to alienate a large swathe of the shopping public, many of whom have plenty of disposable income. "I'm hoping with the surge of mature influencers and models, brands will look for new and innovative ways to promote their products whilst still making them cool and exciting, irrespective of the model's age in order to reach their targeted demographic," Miles concludes.

We also can't ignore the role that social media has played in this social revolution, with apps such as Instagram having a democratising effect on the fashion industry. Filters and editing apps might've sparked a highlights reel culture, but these platforms have also allowed a new and more diverse range of people to be given a voice. The sceptical need merely glance at the follower count of influencers such as Ven's Wife Style (which currently sits at 32.6K) to see the reach of her personal brand.

"I have always been interested in fashion, and I wanted to start my blog to show that style is for everyone," says Renia Jazdzyk, the brains behind the blog. "I think we are starting to introduce a slightly different definition of age. Building a brand based on one type of appearance or age is no longer financially viable. The fashion industry is listening to market needs, and it's clear that mature women want to look attractive and are still interested in fashion. A good example is Zara's and their timeless collection, which was addressed to a more demanding mature recipient, who prefers quality over quantity."

We might have a way to go still, but these small acts of rebellion are slowly chipping away at the long-held stereotypes around women of a certain age. Let's hope that in a few years' time featuring people of all ages will be standard practice in the fashion industry but, for now, we can be happy that a discussion is underway.

Want to know which mature influencers to follow? Scroll down to discover the nine fabulous bloggers that inspired our style this year.

Influencer, professor, content creator, consultant, speaker and model Icon Accidental has an impressive résumé. Head over to her Instagram page for a multitude of stylish (and sometimes avant-garde) outfits.

This Scandi fashion blogger might not have the largest following on this list, but she has the style credentials to back her up. Expect plenty of midi skirts, chunky jumpers and tailored coats.

Journalist Sophie Fontanel is the queen of the mirror selfie, and she regularly snaps herself in quirky-cool getups that combine new-season trends with a dash of retro cool. 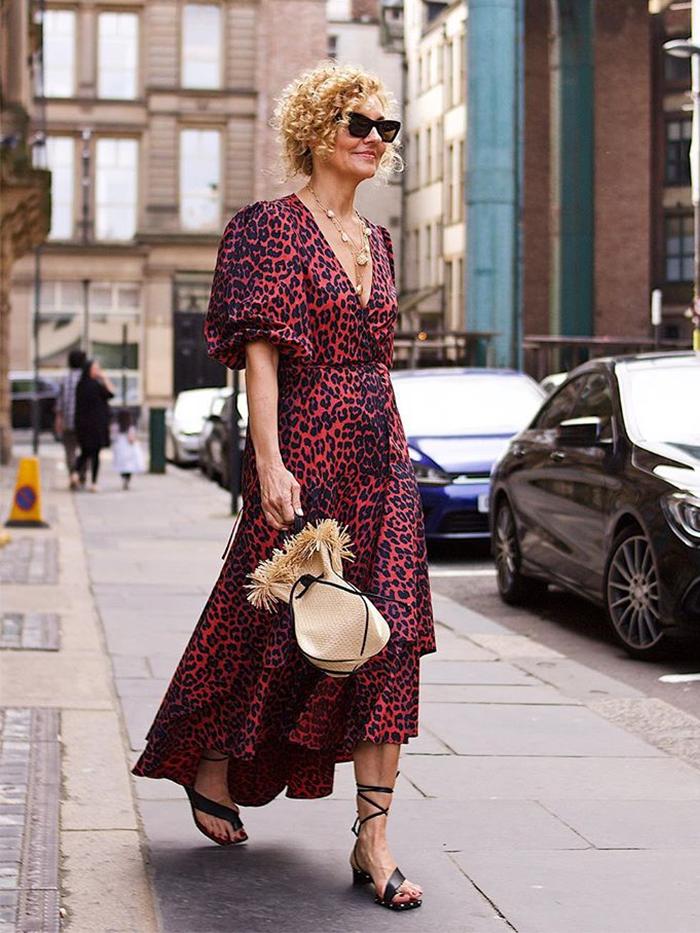 Meet Renia: The 50-Something Newcastle Fashion Guru We Want to Dress Like
Read Now

Another mirror selfie expert is Tracey Lea Sayer, a fashion director who loves a good suit and can always be relied upon for some light relief. Head to her page for personality and style in droves.

Setting up her blog to inspire other women her age, Vens Wife Style has garnered an impressive Instagram following thanks to her polished Instagram feed and ability to put together an excellent outfit. Our go-to for designer outfit ideas.

She might not technically be a fashion influencer, but we had to include Tracee Ellis Ross because she has killed it in the fashion stakes this year. Never afraid to make a statement, Tracee has a penchant for colour and a good pair of earrings.

Fashion journalist Alyson Walsh has got pulled-together, elegant style down to a tee. If you want to stay on top of the trends without feeling like you're trying too hard, this is the lady to go to.

This photo says it all. Model Maye Musk has been a model for over 50 years and has appeared on the cover of some of the world's biggest glossy mags. Oh, and she's also a dietitian and grandmother.

Erni Stollberg is the Austrian model who found Instagram fame at the age of 95, due to her modelling appearances for fashion concept store, Park. You'll see her looking fabulous in all manner of fantastical, conceptual getups.

Up Next: Meet Renia, the 50-Something Newcastle Fashion Guru We Want to Dress Like