Isn’t social media what fashion week’s all about? Yes and no. On one hand, you could argue that Instagram and Twitter have totally democratised an otherwise invite-only event for fashion lovers everywhere. On the other, isn’t it a time for industry leaders to discover new designers, celebrate creativity and predict what style will look like in the future? Attendees at the Marc Jacobs show today experienced it all, but with a no-social-media rule applied.

Jacobs’s runway started inside New York’s Park Avenue Armory and was sandwiched between two simple rows of folded chairs from which guests watched—with their eyes, not their phones—the hip-hop–inspired collection debut. Instead of a traditional runway format, the models—Kendall Jenner included—continued to walk outside when they reached the end. They continued onto the streets, where they waited for guests to exit the Armory. That’s where attendees found the group of Marc Jacobs–clad ladies waiting for them, phone cameras pointed in their direction (how the tables turn, huh?).

In short, to close out a week of events in New York, Jacobs put on a total anti-fashion show. One that was less about being showy and more about the fashion itself.

Scroll down to see some of the best social media posts that captured the event… with the exception of the runway. Rules are rules!

This was the Marc Jacobs show set. No music. No frills. #NYFW pic.twitter.com/G4zLwDZXCO

When @marcjacobs asks you not to take any photos of the runway show and just enjoy the moment. Per usual @marcjacobs ends NYFW with a surprise. This time as we walked into the venue we were told not to take any photos. The models walked down the long runway to NO music at all. It was pure silence... no distractions, no phones, no added props... just the clothes. Perhaps fashion week has gotten to a place where it's no longer about just the collection? Thank you @marcjacobs for recentering our focus and attention to the CLOTHES and the collection. Reminding us what fashion week is truly about. When the show ended we walked out of the venue and funny enough all the models were out posing with their phones in hand taking selfies. I think the takeaway from all this was...There's a time and place for everything , so put the phones away and enjoy the moment. And oh.... the collection was ????????????????????????a tribute to the streets and the evolution of hip hop. #MJfw17 #marcjacobs #nyfw 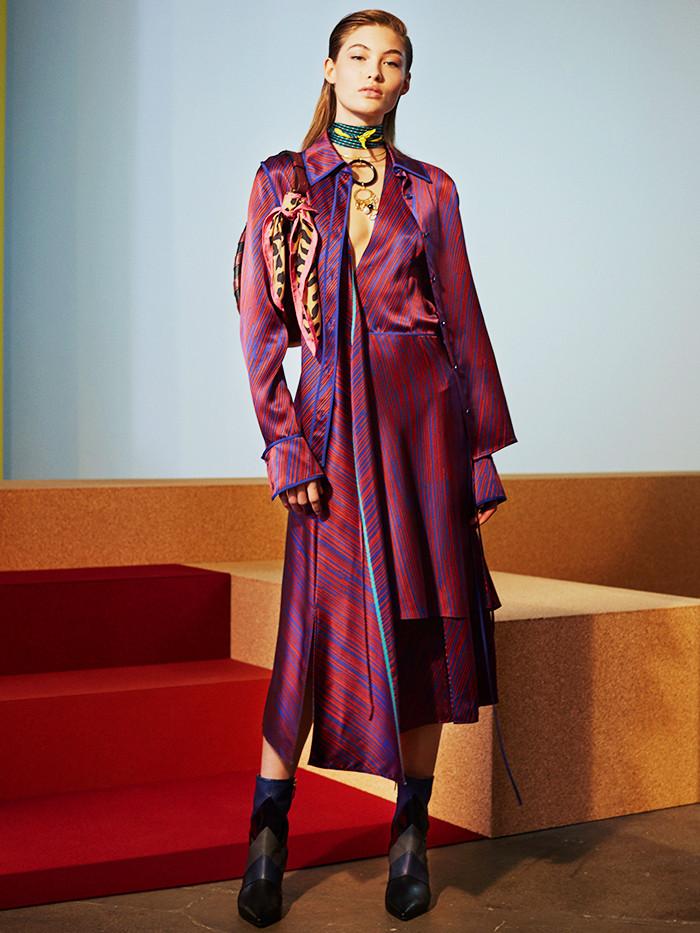 @marcjacobs you win. The show today was such a wild and delightful experience - I documented it all on @whowhatwear's insta stories. Go watch it! It's fun AND suspenseful.

Feeling inspired? Check out what's available in store from Marc Jacobs now, and see the NYFW trends you can shop already.