Oh, the joys of online shopping. Not only can you buy something at a click of a button and have it delivered within 24 hours (sometimes less), but you can also get alerts on newly stocked buys, put in your measurements to get the right fit, and of course, rank products by how well they're reviewed by the shopping public.

Erica Davies wears an And/Or dress from John Lewis.

We recently went down a review rabbit hole with high-street fave Marks & Spencer to find out which pieces are trending on its site. We got such a great response from our readers that we decided to apply the same test to British retail giant John Lewis. We filtered dresses, tops, shoes, skirts and bags by both the "rating" and "popularity" tabs to in order to find the pieces that you, the shopping public, simply cannot get enough of.

Unsurprisingly, the were plenty of winning basics that made it to the top of the list, and Hush came up a fair few times thanks to the brand's versatile separates. There was also a dash of prints—primarily animal prints, checks and stripes (clearly, leopard really is a neutral now). Our faves have to be Kin's check dress, which would look so great belted with chunky sandals (Hush's sliders would do the job nicely), John Lewis's pleated skirt and Madewell's huge tote. Scroll down to see the best-selling buys.

Reviewers say: "Love this, fabric is quite thick so feel can be worn for winter as well."

Reviewers say: "So pleased with this. It's smart but so easy to wear. The linen is light and crisp, and I really like the wide sleeves and deep cuffs."

Reviewers say: "Lovely summer dress. Fits perfectly and doesn't gape at the back. I'm 5'3", and the length is just below the knee."

Reviewers say: "Really nice dress. Would definitely recommend buying a size smaller than you usually wear, as it has stretchy material."

And/Or Poppy Stripe Shirt in Blue/Ivory (£55)

Reviewers say: "The fit of this is lovely—oversized but not too big. Easy to dress up too after work and would even wear over swimwear to the beach, so very versatile."

Reviewers say: "So pleased with the fit, and it falls beautifully due to the lining. Definitely recommend for something a little bit different."

Reviewers say: "Having tried almost every plain white T-shirt on the market, from high end to cheapo, I can confirm that these are the best T-shirts."

Reviewers say: "True to size, very flattering and can be worn in day or dressed up for a night out! Great value for money as quality is excellent and cool enough for summer."

Reviewers say: "Perfect fit; comfiest pair of shoes I own from day one. Soft and supple, and look fantastic with shorts to a maxi dress. Love them!"

Reviewers say: "Very comfortable, which makes them great for sightseeing. They also match my entire holiday wardrobe, which is a bonus and saves me from packing many different pairs of shoes!"

Reviewers say: "I really love these shoes, and I'm glad I bought them. They're stylish and comfortable. They look so much more expensive than their price."

Reviewers say: "I love these sandals. They're the ideal summer footwear, as they're comfortable and go with anything. Also, because of the design, there's no flapping as you walk!" 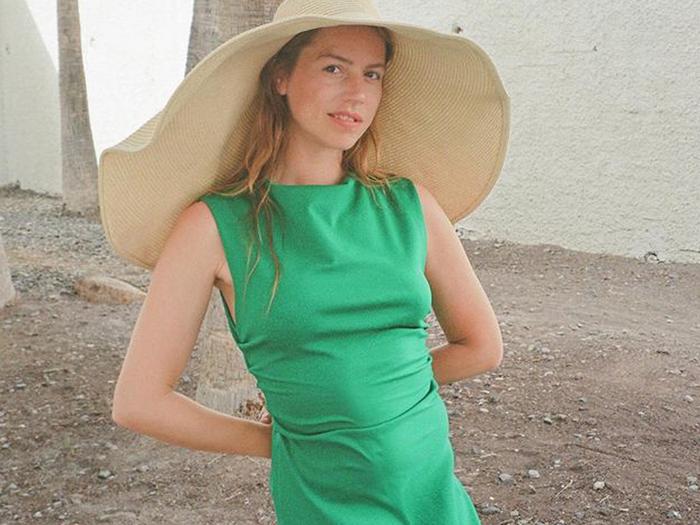 Everyone on My Instagram Feed Is Buying Dresses From COS, and I Can See Why
Read Now

Reviewers say: "This is a great-quality, simple skirt that's my work wear go-to. It glides over all my lumps and bumps—something poorer quality skirts fail to do."

Reviewers say: "Lightweight, fits well. Great for holidays! Love the two splits at the front too."

Reviewers say: "I bought this skirt in the two-tone blue. It's really lovely quality, and has enough weight to sit really nicely, but is still light enough for summer."

Reviewers say: "Lightweight fabric looks great, relaxed fit without being too floaty thanks to side splits. Comfy elasticated waist."

Reviewers say: "This backpack was exactly what I was looking for: lovely colour, not heavy, good quality, loads of internal and other compartments and, crucially, has a flap over the back to prevent pickpocketing via the top zip."

Reviewers say: "This little bag is useful when you want to take essentials but don't want to carry a bulky, weighty bag."

Reviewers say: "A fabulous bag for work and play. Many people have commented on the soft leather and style. Thrilled to bits!"

Reviewers say: "I needed a small bag for a wedding. Very happy with the quality and style of the handbag. Will do the job nicely without having to break the bank."

Up Next: These Are the 3 Best-Reviewed Items From M&S Right Now