Last summer, Instagram was all about the hat. More specifically, it was all about a huge floppy straw hat created by French fashion house Jacquemus. The chapeau was Instagrammed and regrammed everywhere, and fans include everyone from Rihanna to Bella Hadid.

Today, the label has just hit another IG big win with its 10-year anniversary catwalk show that took place last night. The hot pink runway was placed in a lavender field in Provence (mais bien sûr), and it's all that "fashion Instagram" is posting about. Not only were there more catwalk looks to obsess over, but the coolest influencers also turned up to support designer Simon Porte Jacquemus, and they were all wearing his creations.

While we obviously loved the collection, we were drawn to all the Instagram outfits and front row looks that were snapped as well. From Emily Ratajkowski to Pernille Teisbaek to Camille Charrière (not to mention the chicest French celebrities), the outfits were a mix of sassy derrière-skimming shorts, sheer button-down maxis and cute minidresses—all accessorised by a raffia tote or the super-mini bag that has become one of the fashion set's latest obsessions.

As for the collection, the palette was mostly yellow and blue, with injections of bright pink, orange and red and muted khaki. Those hoping to see more knockout dresses from the designer won't be disappointed, as there were plenty of floor-skimming frocks that are ready for summers on the Côte d'Azur. There were also oversized blazers and shirts in white, blue and yellow, thrown over skirts and dresses.

Our favourite (and we suspect the most-Instagrammed) piece of all? The bright pink blazer worn over a grey bodysuit. Keep scrolling to see all the looks from the front row and our favourite pieces from the collection. 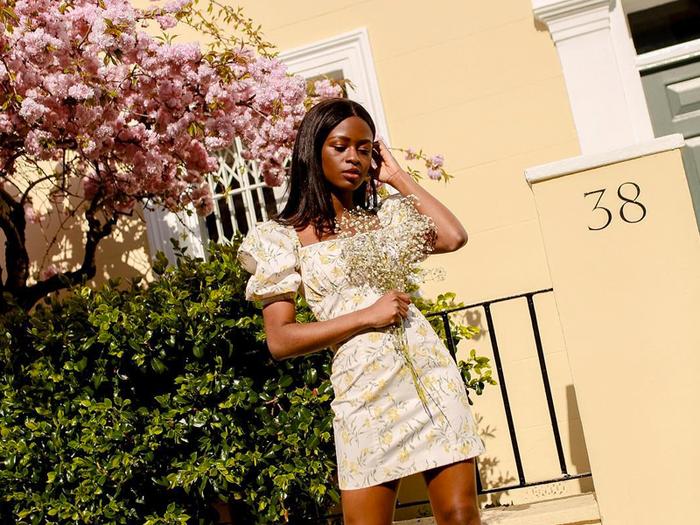 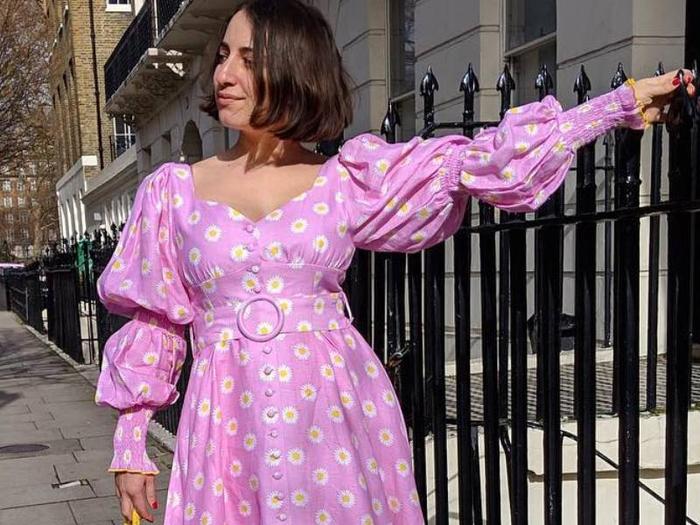 Want more? The 10 affordable dresses that are all over Instagram this summer.