From some of Rihanna's and Kim Kardashian West's most iconic outfits through to cementing London's best dressed It-girl scene, super stylist and creative director Avigail Collins is known in fashion circles for being the go-to when you're a celebrity looking to craft a new and exciting look. She's masterminded ingenious ensembles for Lorde and is the force behind some of Daisy Lowe's sassiest get-ups, but Avigail's wardrobing skills extend way beyond this: See her own streetwear-inspired line, Silver Spoon Attire, for starters. Founded in 2013 alongside her husband (and fellow sought-after stylist) Damian Collins, her high-profile music clients—and a global street style following—make up a pretty impressive fan club. If anyone can spy the next big thing, it's Avigail. Which is why we're thrilled to have her on board at Who What Wear UK to bring you a monthly column around what's hot now.

Wearing track pants with a dressed-up top is my favourite new trend, and believe me when I say it's actually comfy and easy to achieve. The idea first came to towards the end of last year: I was trying to look for something that was very London but also felt right to wear at the runway shows in Paris. It needed to be effortlessly mixed with a bit of chic Parisian opulence, and that's where the corset came in. I had already been calling lots of them in from Vivienne Westwood, so many of the pieces I've used for styling my clients have come from this iconic British brand.

Because it's about to become the new going-out look for girls who are bored of jeans, here's how I think you can make the fresh combination work in real life.

Style Notes: First up, you need to start with the right track pants. The brands I rate the most for bottoms are Adidas and Champion, and a more recent discovery of mine is a really niche American brand that's just come to the UK: Brandy Melville. Like a cooler version of American Apparel combined with Abercrombie & Fitch, the retailer's products are one-size-fits-all and made in Italy, so the quality is really good for the price.

Style Notes: I'd say if you're under 30, the best option is a denim or classic bomber jacket. Personally, I would now style the look with a tailored but lightweight trench or duster coat to look more grown-up—that addition will instantly make the idea seem more elegant.

Style Notes: Getting this concept right is often down to being concise with your colour palette: A green top, orange track pants and pink shoes will not be a good look. So stick to tonal and neutral shades of black, khaki, grey, navy and white.

43 Street Shots of Girls in Chanel—Because Who Wouldn't Want That?
Read Now

4. Here's how to show off your waist.

Style Notes: Although a corset will already define your figure, there's something you need to do with your track pants to keep everything streamlined: The more sporty and masculine your joggers are, the better it is to pull them up high to show off your waist. Make sure to pull the draw cord in for the maximum effect.

Style Notes: I think you do have to be careful when wearing the look with trainers. Unless it's a matching set top and bottom, it can look a little scruffy. That's why I would always pair this formula with heels—whether pointed pumps or ankle boots (and if wearing ankle boots, try tucking your jogger hems into them for the most forward silhouette).

6. If a corset feels OTT, try these tops instead.

Style Notes: Trackie bums and heels can also look great with a thin knit jumper, silk cami or your favourite jersey tank tops. If you still want to nod to the corset trend, simply cinch in something casual with a bustier belt.

This duster comes in different colours to suit the tones you opt for.

With its slight sheen, this taps into the '00s trend quite nicely.

Buy these a size up, and then pull them in at the waist. 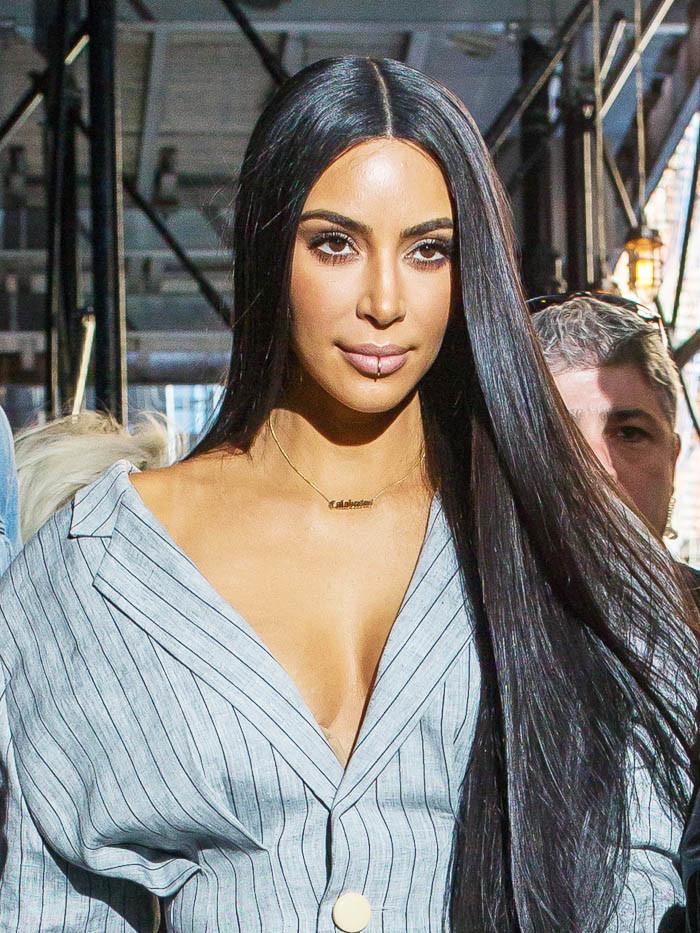 A small top-handle bag is the smartest accompaniment.

Next up, the holiday packing list every girl should consult before travelling.