Time travel might still be a long way off, but that doesn’t stop brands from revisiting the past to take design cues. Fashion is completely cyclical, and it’s only a matter of time before something—be it a garment, print, or styling trick—comes back around again. That said, for A/W 18, it’s now the poncho’s turn to rise from the ashes.

We all know the poncho is deeply rooted in ’70s style culture. However, more recently, it was Burberry that put the blanket back on the fashion map. In 2014, then–creative chief Christopher Bailey sent an army of models—led by Cara Delevingne in what would prove to be her career-making catwalk show—down the runway in monogrammed woollen capes.

As of today, the poncho is officially back. Okay, we’ll admit it: initially, we were on the fence, but thanks to Chloé, Missoni and Acne Studios (who’ve all included the poncho as part of their A/W 18 collections), we’ve come around to the idea. It’s also proving to be a hit with the FROW set too, who are serving up inspiration on how to wear a poncho with flair. Keep scrolling and you’ll see it’s not as daunting as it sounds.

The billowing silhouette of the poncho provides the perfect contrast to bare legs (while the weather permits at least). Wear yours with a miniskirt or short dress underneath for a glossy take.

This blush-pink hue will look equally great with indigo jeans.

A white skirt will help make your legs look glowy and tanned (even if it’s been months since they last saw the sun).

Bucket bags are still all the rage for A/W 18.

Thanks to By Far, lace-up boots are the style to be seen in this season. We adore Mango’s cream homage. 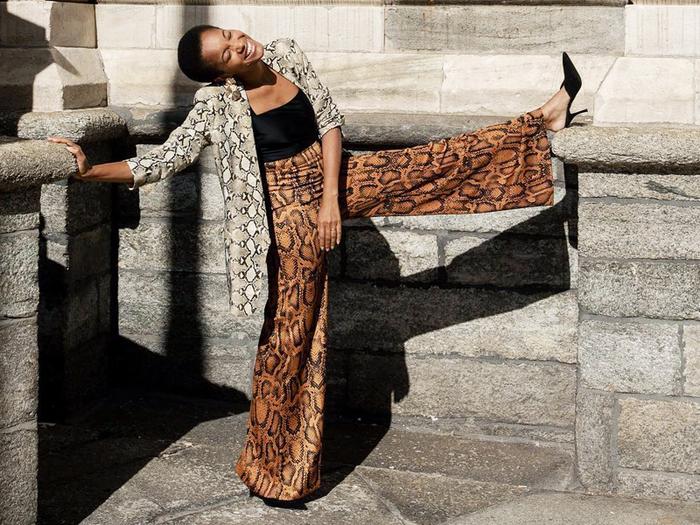 Base the shades of the rest of your outfit around the colours of your poncho to instantly pull the look together. Carrying a bag in one of the accent hues is an easy way to do so. Then, just add classic trainers for a more laid-back vibe.

If this Chloé poncho can’t convince you to try the trend, nothing will.

This sleek backpack also comes in a rich rust hue. At this price, we’ll take them both.

These sellout strides are back for a second fashion coming.

These trainers are all you need to give any ensemble a cool overhaul.

ESCHEW BOHO AND SMARTEN UP

Play with different layering techniques to give your poncho a modern spin. Wearing the draped cover-up over a shirtdress and finishing with over-the-knee boots will give it an interesting balance. Less hippie, more haute fashion.

This poncho presents a frugal way to test ride the trend.

With its contrasting stripes and interesting tie-waist detail, this Warehouse number takes the striped shirtdress to the next stylish level.

Try styling your over-the-knee boots with a floral midi or with black tights and a short skirt for a sleek approach.

Jewellery you’ll wear every single day for under a tenner? These hoops are an accessory no-brainer. 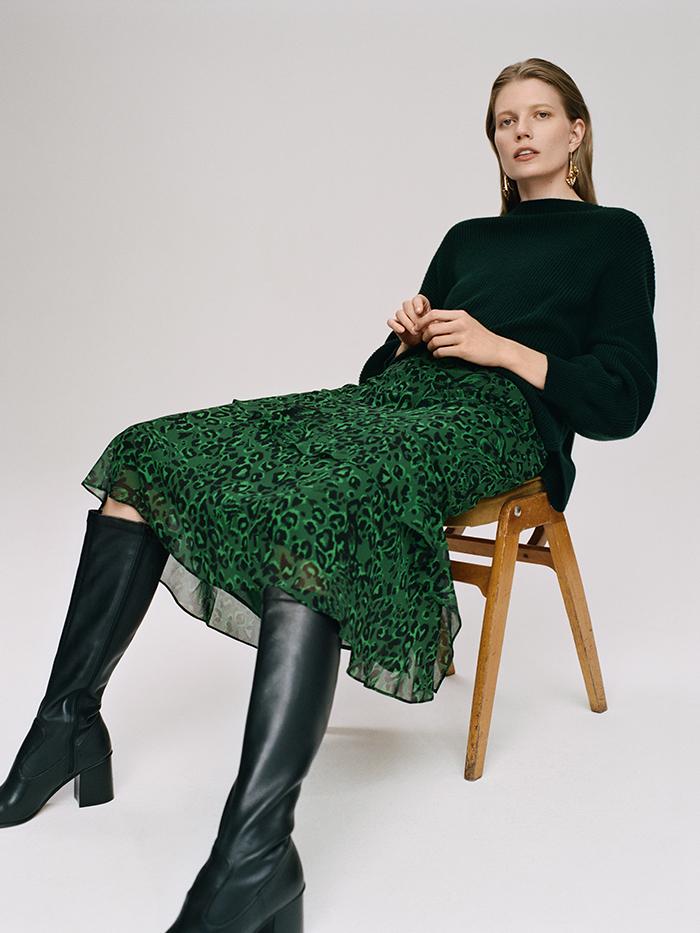 Play homage to the ’70s with a retro-inspired ensemble. Pair a patterned and knitted poncho with a pussy-bow blouse and flares, and finish with platforms for the full look.

Cinch your waist by layering a woven leather belt over this block stripe poncho.

Everyone needs a collection of silk blouses. Work, weekend or a night out—there’s no sartorial need they can’t fulfil.

Topshop’s best-selling Jamie jeans have been reworked to feature a flared trouser hem, and we love the result.

The brushed gold finish on these platforms makes them look all the more premium.

Since we’re in a retro mood, take a look back at Brooke Shields’s most iconic moments.