There are few brands that rival Chanel when it comes to buying an investment handbag. The classic flap bags are not just a timeless wardrobe staple, they also increase in value over time. However, once you’ve made the decision to buy it how do you know which one is for you? From the high price tag to the sheer number of Chanel bags available, the decision can be daunting enough to make even Choupette’s hairs stand on end. And as the French fashion house brings out new iterations of the classics, as well as exciting one-off pieces, it just makes us want to own one even more.

Of course, most would probably say they’d like to buy the classic Chanel 2.55 flap bag. The iconic piece was first created by Coco Chanel herself when she got fed up of carrying her bag in her arms. To free herself up, she decided to borrow the idea of having straps, which she’d seen on a soldier’s bag. As per everything else Chanel created, it was a revolutionary take on the item, as all handbags for women up until that point were carried. The 2.55 bag was launched in 1955, hence the name. However, it wasn’t until the ’80s, when Karl Lagerfeld took the helm, that the double-C locks were introduced.

So to help navigate the luxury marketplace and all things Chanel, we asked Sarah Davis of Fashionphile, a luxury handbag marketplace, to lend us her expertise on purchasing the iconic bag. From how much you should expect your Chanel bag, online or IRL, to appreciate to understanding how to spot a fake, we’ve got your ultimate guide to buying a Chanel bag. Keep scrolling to find out more.

1. KNOW WHICH POPULAR STYLES WILL GO UP IN VALUE OVER TIME.

“The medium or jumbo Chanel flap bags that were selling back in 2000 are still super-hot today. But if I had to nail it down to a style right now, I’d say the medium Chanel Boy Bag is [one of] the most popular.”

“If you want to be sure that your bag will continue to gain value over time, stick with the basics. Go with a classic black Chanel flap bag made in lambskin or caviar leather. The crazy thing is that Chanel continues to raise the retail price on these styles every year or two. So if you bought your jumbo flap in 2006, it cost you £1399. If you buy that same bag in 2015, it will cost you £4287! This means that if you bought your bag back in 2006 and decided to sell it today, you can potentially make up to £3000 more than what you paid for it. Truth be told, if you hold on to any Chanel bag long enough (10+ years), you’re going to have some real value locked into that bag.”

“This is actually one of the things that I adore about Chanel—the really cool, collectable, and super-limited pieces. You actually have to hold on to them longer if you care about resale value because they’re special and usually have a higher price point out the gate. Some of my favourites are the minaudière clutches, such as the vinyl record minaudière, the cassette tape, and the gold bar. The S/S 04 cassette tape bag retailed for £1247. Fashionphile once received a clear one that’s a tiny see-through clutch. We had never seen one sell before and ended up listing it for £7015. It sold in 30 minutes.” 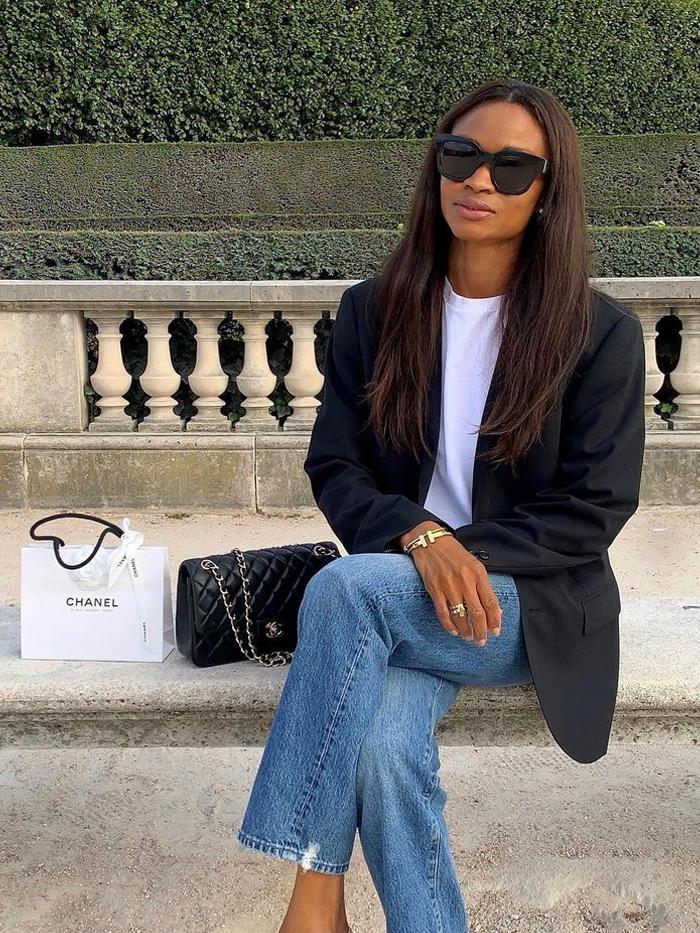 Over 60 Years Later, These Are Still the Shoes Every Fashion Editor Wants
Read Now
3. FIND OUT WHICH HARDWARE BEST SUITS YOU.

“Sometimes more bells and whistles make a bag harder to resell. All the beading and tweeding looks amazing (and I love carrying a bag that no one else has), but if you care about resale, all those extra trappings don’t help. Stick with styles that have the traditional chain strap, a visible logo, and you’re good to go. The vintage hardware was made with 24K gold alloy—you can tell these bags by the little hallmark embossed in the crossing CCs.”

“If you aren’t an expert in Chanel authentication, I’d say the most important thing to look out for is that you’re buying from a reputable seller. There are all kinds of businesses now that mean well but have a ‘no returns’ policy and one single authenticator. ‘No returns’ is a red flag. Some of the higher-quality fakes even have registration numbers, holograms, cards, come with receipts, and are made of quality leather and hardware. Don’t be fooled just because a bag has these features. If you need help, use an online authentication service.”

A real obsessive can also invest in the Chanel books.

Chanel’s backpacks have been popular for decades now, but they’re experiencing a particular resurgence at the moment: Here, you can see a fashion blogger carrying one around at fashion week.

Gabrielle is one of the latest additions to the classic Chanel bag lineup. Featuring a double strap that you can wear both on your shoulder and across your body at the same time, it has proven to be an eye-catching version no street style star can resist. 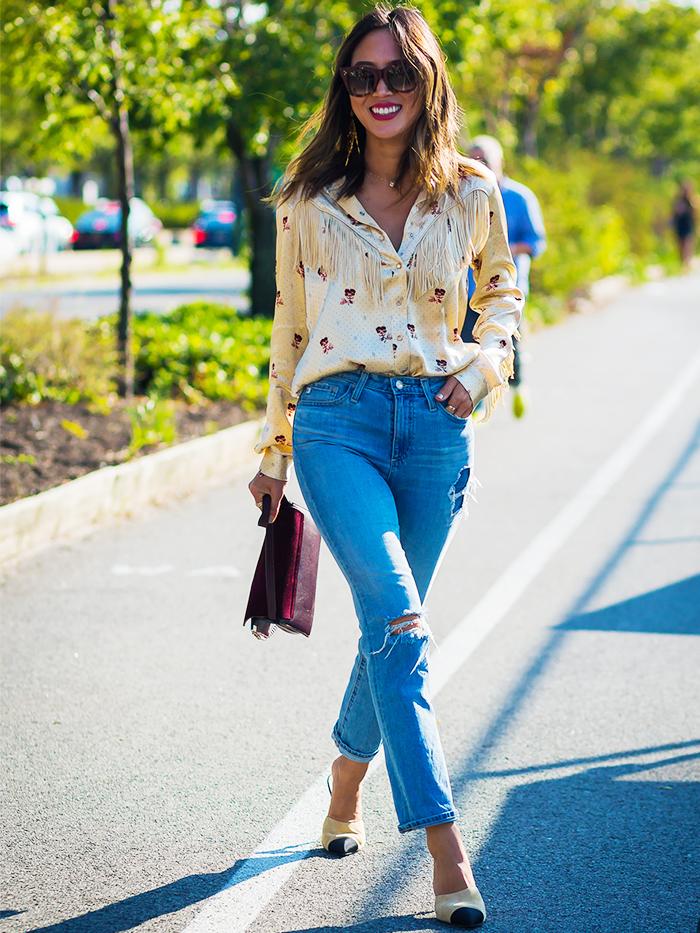 The classic flap bag traditionally can be recognised by the interlocking CCs (introduced by Karl Lagerfeld in the ’80s and now a permanent fixture) as well as the interwoven leather-and-chain strap. The classic flap comes in three sizes (small, medium, jumbo) and in many fabrications and iterations.

First introduced for spring/summer 2012, Chanel’s Boy bag is a more tomboyish, younger alternative to the ladylike, mature bags that came before it. The style—which was named after Coco Chanel’s lover, Boy Capel—still holds up as a mainstay on the street style scene.

Chanel’s waist bags (or bumbag, for those straight-talking ladies out there) weren’t around in Coco Chanel’s time, but it is a style Lagerfeld has often come back to (this season included). Celebs like Kendall Jenner and Bella Hadid are fully backing the fanny pack trend, choosing dainty Chanel styles to join the hands-free club.

No one can ever predict where Chanel’s most outrageous novelty bags will go next, but one thing’s for sure: They stay in a fashion editor’s memory— who could forget this hula-hoop bag from 2013? This season, it’s the beach ball minaudiere that’s catching our eye.

You’ll find that many of the collector pieces revolve around smaller, intricate, often humorous minaudière bags. This boxy logo style was carried recently by Suki Waterhouse to the Serpentine Gallery summer party, and you can request the price in-store, should you desire it for your own wardrobe—as is the case with many of these ultra-luxe minaudières.

Coco Chanel debuted the 2.55 in 1929, updating it in 1955 once more, hence the product name. It was first introduced to the market because the designer was sick of clutching a bag underarm and wanted freedom, all of these decades later, and it still does gives a girl the same amount of happiness, if not more. You can tell a 2.55 from its rectangular fastening and the chain handle (which doesn’t have leather woven into it, unlike the flap).

Next up, the biggest autumn/winter 2020 fashion trends to know.

The article was published at an earlier date and has since been updated.