Maybe it's the internet's constant obsession with the '90s, or maybe it's that Leonardo DiCaprio and Brad Pitt are currently promoting Once Upon a Time in Hollywood, but I have '90s-era pinups on my mind. Whatever it is, right now, my summer style mood board consists of all the boys I fancied when I was a teenager. But it's not just any old fashion trend (back off, baggy jeans and chain wallets), it's one in particular: the Hawaiian shirt. It just so happens that both Brad and Leo both wore short-sleeved patterned shirts in Fight Club and Romeo + Juliet, respectively, and I now need one for my wardrobe.

I'm keen on styling one with a pair of tailored trousers, or for a real louche skater look, wearing it with loose Adidas track pants. But it could just as easily work wonders with jeans, shorts or thrown over a slip dress. If you're still not totally convinced, you should know that I'm not the only one who's decided this trend is for them, as I've found a load of Instagrammers who also love this look. For help on how to style yours, I've created an edit of the best ways to wear the Hawaiian shirt, plus where to shop the chicest options. Oh, and I've included a couple of shots of how Leo and Brad wore theirs, because why not?

Style Notes: Worn with a leather jacket is such a great styling tip.

Style Notes: Opt for a Hawaiian shirt in pretty colours if you want to avoid a masculine look. 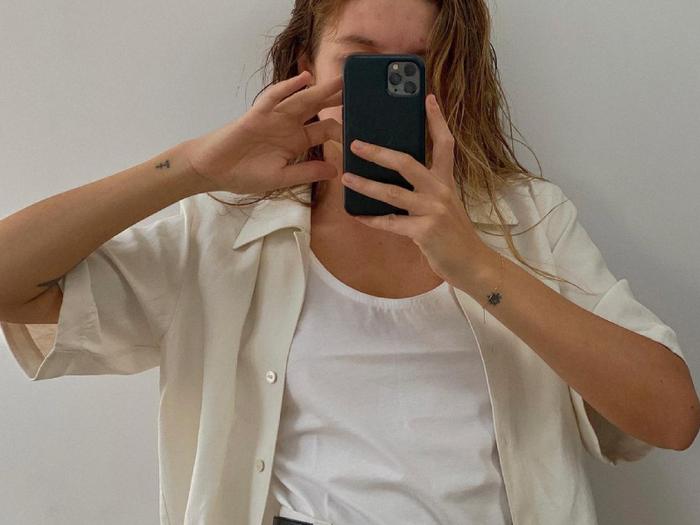 I'm 36, and This Is the Trend I'm Buying From Marks and Spencer, Arket and Zara
Read Now

Style Notes: This shirt from Prada is a more modern take on the trend.

Style Notes: Who What Wear UK Editor in Chief Hannah Almassi tucks hers into a skirt.

This is in the sale and has quite a few sizes left. 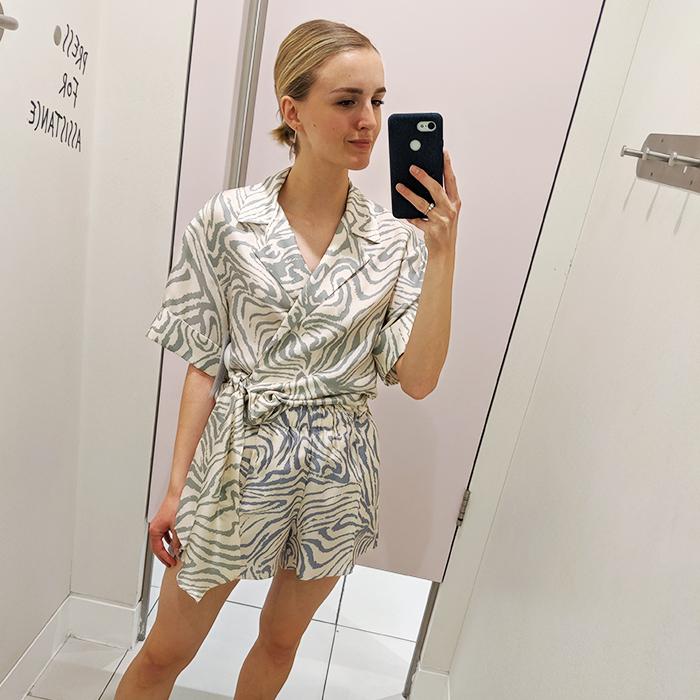 Pair this one with tailored trousers.

Pink and green is still one of our favourite colour combos.

There's nothing that says you can't raid the men's stores for this shirt.

White jeans are calling out to be worn with this shirt.

Prada's nod to the trend.

A fluorescent winner from Levi's.