I want to make one thing clear: I’m not obsessed with Harry Styles. Of course, like the rest of the human population, I’m aware of his career beginnings in One Direction, which took precisely two minutes to progress from The X Factor to worldwide domination. And while he’s gained countless fans over the years, I’m not hopelessly in love with him. I am, however, in love with his wardrobe.

Instead of adopting a boy band “uniform,” Styles has always blazed his own trail, something I have the utmost aspect for. In lieu of baggy jeans, backwards caps and American football tops (can you tell we don’t know how boy bands actually dress?), he has instead developed a penchant for flared suits, shearling, jacquard and ’80s ruffles—all of which I’d wear in a heartbeat.

What’s more, he’s always one step ahead of the trends. Take cord trousers, for example. Styles was wearing a pink pair—with Vans no less—well before the look went boom on the street style scene. Needless to say, he’s been favoured by the fashion elite. In fact, this week, the star was featured in yet another Gucci campaign shot by photographer Glen Luchford, which shows him flanked by baby lambs. It doesn’t get any better than that.

Harry Styles in an elaborate jacket holding a lamb in Gucci’s tailoring campaign for its cruise 2019 collection.

I have no shame in admitting that if I could trade closets with anyone, it would probably be him. So keep scrolling to see Styles’s most “fashion” outfits (in no particular order), all of which contain pieces I’d purloin from his walk-in if I had the chance. There goes my invite to his next house party…

Jazz up basic skinny jeans with a decorative bomber. Bonus points for a satin finish.

Call off the search—I’ve finally found the perfect suit. Just picture this with gold heels and hoops. 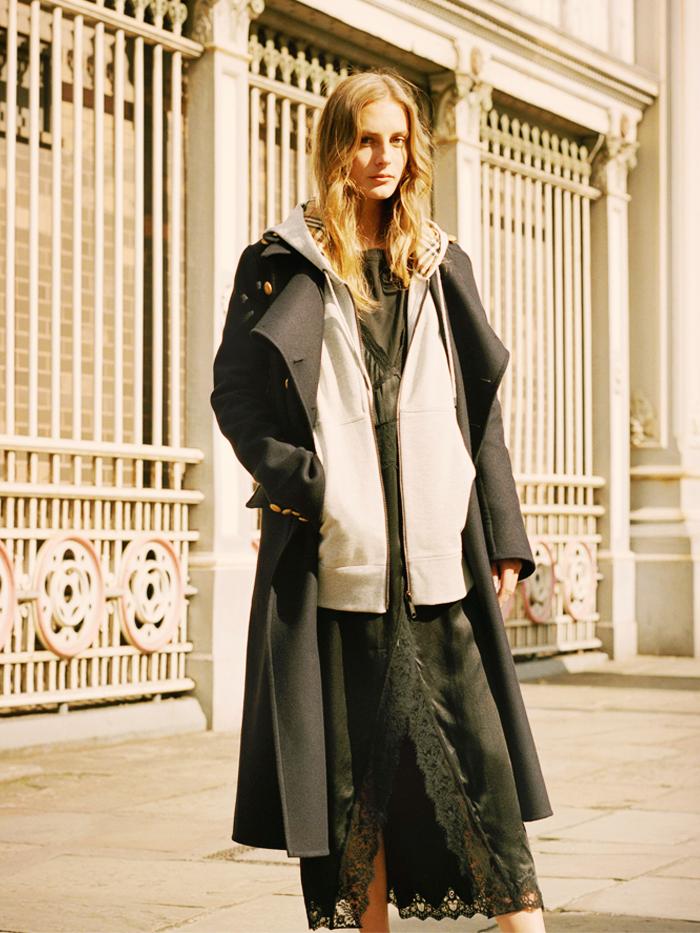 The Rare Burberry Pieces You'll Only Find in One Place
Read Now
4. The Suede Coat

I have three words for you: Burberry green suede. This is a chic alternative to a regular trench. What I wouldn’t give to wear this over straight-leg jeans and a band tee.

For obvious reasons, I’ll take those desert boots too.

Speaking of Gucci, I need this look. The jacket, waistcoat, trousers, pussy-bow blouse and loafers belong in my closet.

Before face print was even a thing, Hazza was in a tee featuring a cute sketched hand motif. Ahead of the curve? I’d expect nothing less.

Suit aside, I’m definitely here for his heeled loafers.

Before everyone else was wearing cords and Vans, Harry Styles was already at it. Pink cords, no less. Attaboy. 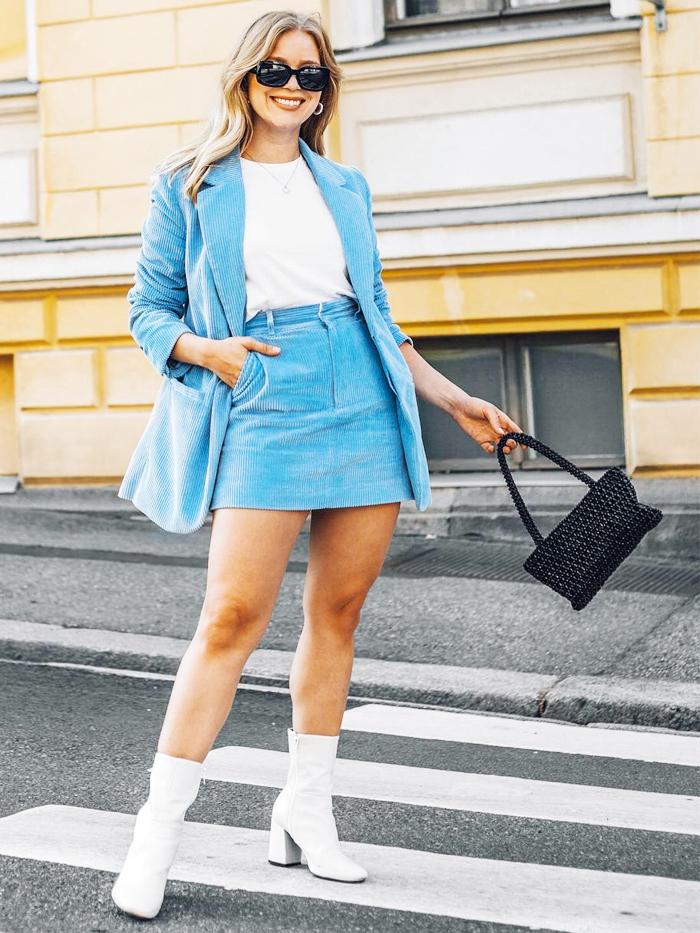 Everyone on Instagram Is Going Crazy for This H&M Corduroy Suit
Read Now
10. Jacquard Suiting

Here, he proves jacquard fabrics are for life—not just for Christmas.

I legitimately bought this & Other Stories tee with the sole intent of re-creating this Harry Styles outfit, and I get compliments on it every time.

This Calvin Klein sweater-and–shearling jacket combination will keep me toasty all winter long. So practical.

The Autumn-Ready ASOS Suit That Literally Looks Good on Everyone
Read Now
13. The Pink Suit

Okay, so I know there are a lot of suits in this edit, but the day Harry Styles stops wearing such rad co-ords is the day I’ll stop being interested in them.

Wear it with the top three buttons left undone and throw on a complimentary necktie and you’ve got yourself a perfect rock ’n’ roll ensemble.

Yes, another suit. What can I say? The man knows how to pick them. I’d wear it with barely there strappy heels and a red lip. 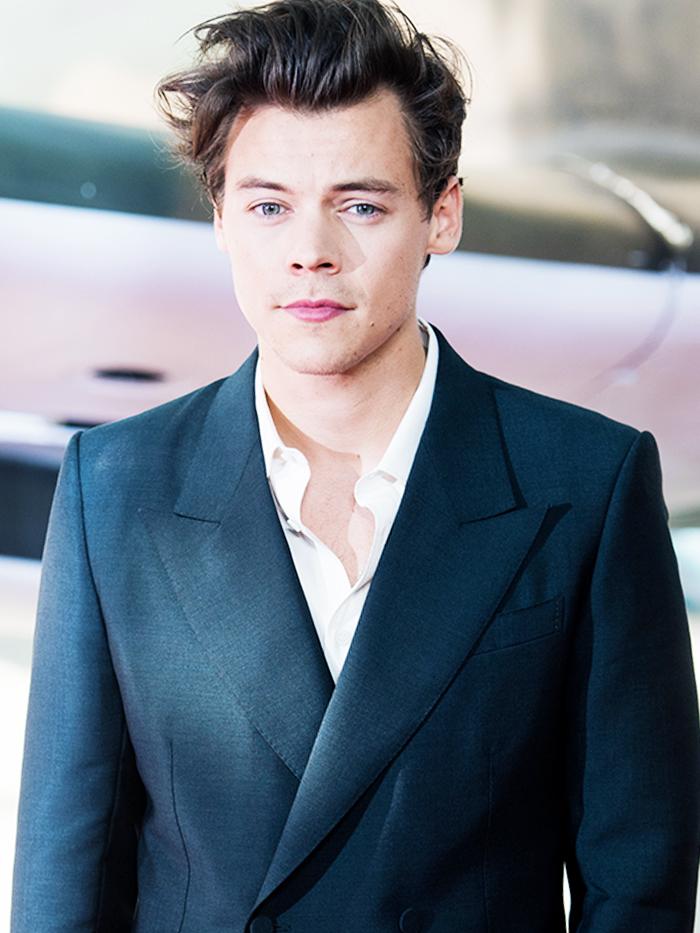 Calling It: I Think Harry Styles Just Created the Next It T-Shirt
Read Now
16. The Ultimate Travel Outfit

This one isn’t so much about a particular item, but more so about the overall attire, which I plan on copying in its entirety for my next flight.

The wool texture, contrast lining, tortoiseshell buttons… I’ll be following Styles’s lead by wearing this sans top underneath for my next girls’ night out.

Now that I’ve raided Harry Styles’s wardrobe, next up is Alexa Chung’s…