We have groundbreaking news about fashion week in the '90s—it didn't look as different from the fashion weeks of today as you might expect. There were certainly fewer cell phones and fashion bloggers (i.e., none) but the front rows were studded with celebs, and Anna Wintour was often perched next to André Leon Talley patiently waiting for the Calvin Klein show to begin. There were It supermodels (e.g., Kate, Cindy, Claudia, Stephanie, and Naomi), and Marc Jacobs was seemingly at every party, surrounded by the fashion world's in crowd.

Given the '90s revival we're currently experiencing, and the fact that we're in the midst of fashion month, we figured there was no time like the present to throw it back to the original era of platform boots and chokers, so we rounded up some of the images that best represent the fashion weeks of the decade. Take a trip back in time below with the best '90s FROW pictures.

But where are your sunglasses, Anna?! Everyone can see your reactions!

The front-row It girls of yore.

We'd need to fan ourselves too if we were flanked by that many supermodels, Karl. 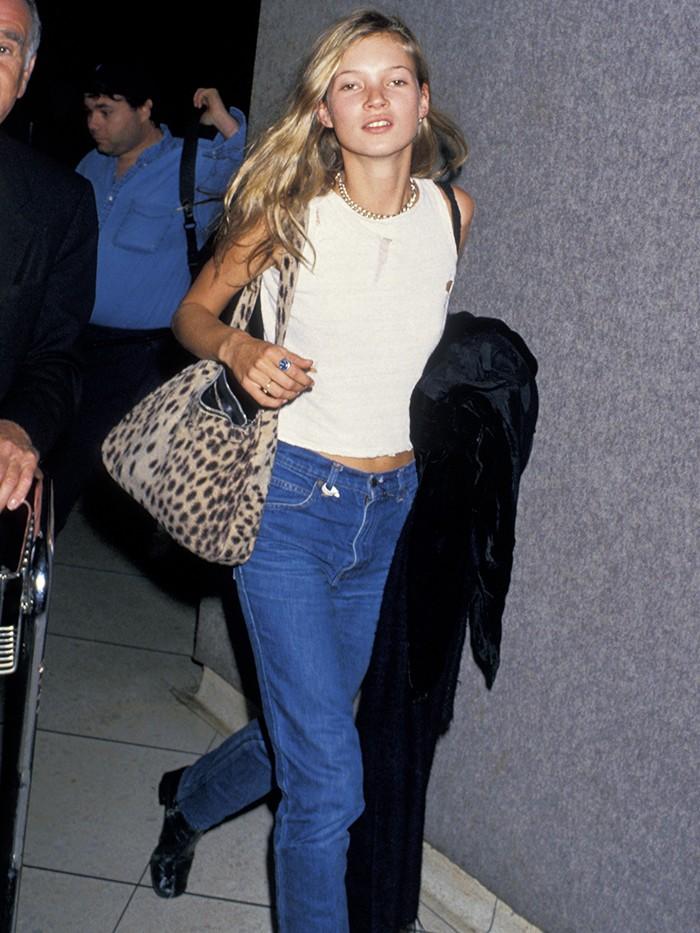 We're pretty sure no one was looking at the clothes during this walk.

We'd like to point out without irony that everyone was wearing these sunglasses at NYFW S/S 17.