Last year the fashion industry managed to finally shake off the idea that it functions solely on the lifeblood of the young. A desire for newness will never fade but real diversity did rule campaigns, runways, collections and styling. We saw the hippest octogenarian Joan Didion front a Céline campaign. The powerful ‘plus size’ retail faction was endlessly—and rightly—debated over but also better catered to with new and established brands stepping up to the bar. Normcore became so normal the word almost endangered itself. Transgender models rose to the fore and relatively mainstream brands got on board with gender fluidity—& Other Stories created a high-street capsule collection purpose-built for both sexes.

So what’s the mood for spring 2016? Well, we’re only at the early stages of editorials and campaigns for the year, but it would appear that young—super young—is back on the agenda. And diversity is diversity after all, so who are we to exclude them?

Louis Vuitton snared Jaden Smith, son of Will and Jada Pinkett-Smith and modern-day Instagram favourite, to model alongside a pink-haired robot called Lightning that was digitally crafted to match LV’s cyber vibes for the S/S 16 collection and is technically even younger than the models.

It’s a good time to be a teenager in fashion land, whether you are well-connected offspring or not. Here is who we'll be watching this year…

Like her singer/model mother (Vanessa Paradis), Lily Rose is already somewhat of a Chanel ambassador. With Johnny Depp as her father, incredible cheekbones, perfectly insouciant glares, an excellent girl squad and a much-watched Instagram account, her divinity is not to be questioned.

The 17-year-old Utah-born, peroxide-blond Lucky Blue has been voted as Models.com Male Model of the Year, can boast a huge social media following and takes up the cover slot of Elle magazine alongside Kylie Jenner this month. He was first scouted aged 10. Google it.

Ella, 19, is a British actress making moves for the big time with three major titles coming up this year, including a new Tarzan flick. Teen Vogue staked their claim early on, shooting her in a fashion editorial of young Hollywood stars in 2010.

Her name may not give it away but the genetic signatures might... This ridiculously good-looking 14-year-old is supermodel Cindy Crawford's daughter (her father's name is Rande Gerber, see?). She has already picked up the campaign baton from her mother, becoming the face of Young Versace, and, of course, she made her Teen Vogue debut—a year ago.

Argentine-Anglo-American Anya, 18, was the talk of last year's Sundance festival for her debut role in The Witch. She has already been invited to the Miu Miu FROW and duly decked out in Miu Miu to boot... so could a brand campaign be around the corner? The brand does hold an impressive track record for featuring the next big thing.

With her blonde buzzcut—created initially for an Alexander McQueen job—it was impossible to miss the striking beauty of British model Ruth Bell,19, during the last round of fashion shows. All of the major houses booked her to walk and she's since been in a Saint Laurent ad, which is basically as close to an official stamp of coolness as you can get. 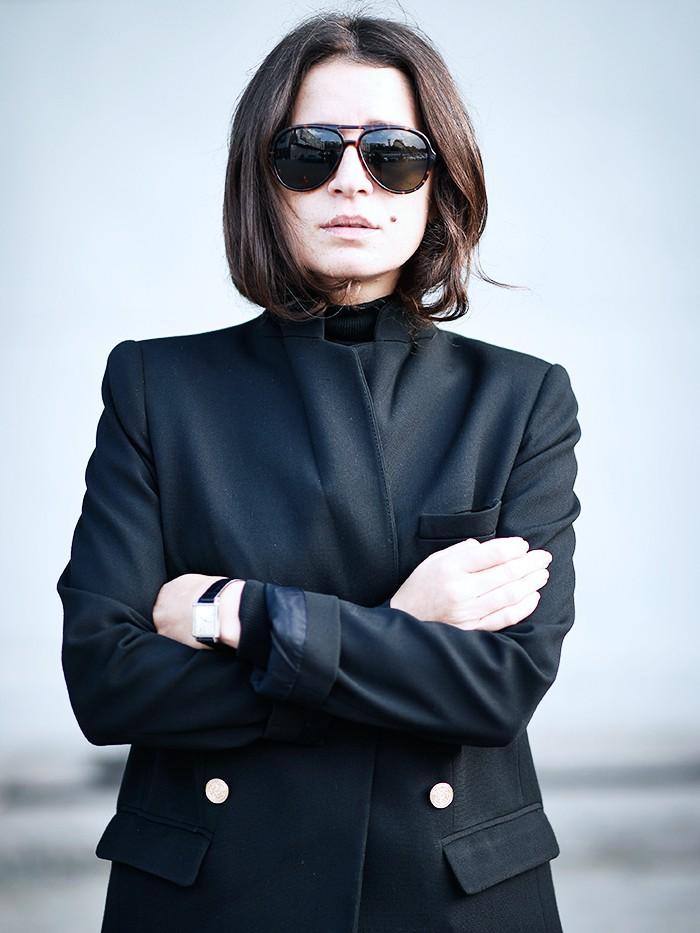 Why You Should Tuck In Your Hair This Spring, Not Your Shirt
Read Now
Jaden Smith

As previously mentioned above, Jaden, 17, has just nabbed himself the pretty prime spot of being in a Louis Vuitton campaign. The rapper and actor is very close to America's most powerful fashion family—the Kardashian-Jenners—and his quirky sense of style is well documented across the Internet.

Nineteen-year-old British model Poppy has been called out by CR Fashion Book as a top new face, Models.com has her sitting pretty in their Hot List, she has become something of an obsession over at ASOS HQ and we very much enjoyed seeing her during the Shrimps presentation at London Fashion Week. Cute. Cute. Cute.

Feeling inspired? Then check out and shop the major new label crushes that ruled 2015.