I live for a beauty-insider secret or an under-the-radar product recommendation, so when I heard rumours of a face primer retailers couldn't keep on the shelves, I was intrigued. Finding out that it was just £15 was the icing on the cake. The product in question is the Flower Beauty Supernova Celestial Skin Elixir Primer—a multitasking formula that hydrates, smooths and primes your skin for makeup while imparting a soft glow. Oh, and it's the beauty brainchild of my personal '90s style icon, Drew Barrymore. Keep reading to find out just what makes this sellout product so good and to shop some other amazing face primers without the waiting list.

Flower Beauty launched in the U.S. back in 2013, but it wasn't until last September that Barrymore decided to expand the colour cosmetics line with the launch of her first skincare product: the sellout primer.

A representative for the brand told us that at launch, a Supernova was sold every hour, with top stores selling out within a month. Obviously this mystical primer has some serious appeal. In fact, since its launch in September, the product has sold out three times and currently has more than 4000 people on the waiting list.

There's a similar story in the UK, too. Exclusively stocked at Superdrug since January 2019, the product has been flying in and out faster than the brand can keep up—making it the best-selling product in the history of Flower Beauty.

But what is a skin elixir primer? I'm glad you asked, as I was equally confused when I first heard about the product. Effectively, it's an oil-based solution that not only preps the skin for makeup but also hydrates and boosts radiance. You can apply it to clean skin as a brightening primer, mix a few drops with your foundation for a dewier base or apply it over your makeup to add glow exactly where you want it.

Barrymore mixes it in with her foundation and loves the dewy glow that it provides. "I'm absolutely addicted to our latest launch, the Supernova Celestial Skin Elixir," Barrymore said. "It's like nothing I've ever tried. It's already sold out in the U.S., so this is one I can't wait for women across the UK to have a chance to try."

Luckily, there are plenty of other amazing skin-brightening primers on the market right now if you're struggling to get your hands on this one. (Seriously, if you spot it in a Superdrug near you then grab it.)

A new launch from my favourite French pharmacy brand, this primer works to blur over the five visible signs of a busy millennial life: fatigue, dullness, imperfections, shine and early signs of ageing. It contains silica powders that give it a nice application, and it definitely minimised the amount of foundation that I wanted to apply afterwards.

Although this is coined as a mattifying primer, I've found that the universally flattering pink-tinted formula is incredibly brightening. Yes, it does give any makeup applied on top major staying power, but without looking heavy in the slightest.

On days where I want a really noticeable glow, I'll reach for this primer from Charlotte Tilbury. Much like the Flower Beauty primer, you can use this both under and over your foundation depending on how much radiance you're after. I like this dabbed onto the tops of cheekbones for sheeny, everyday highlight. 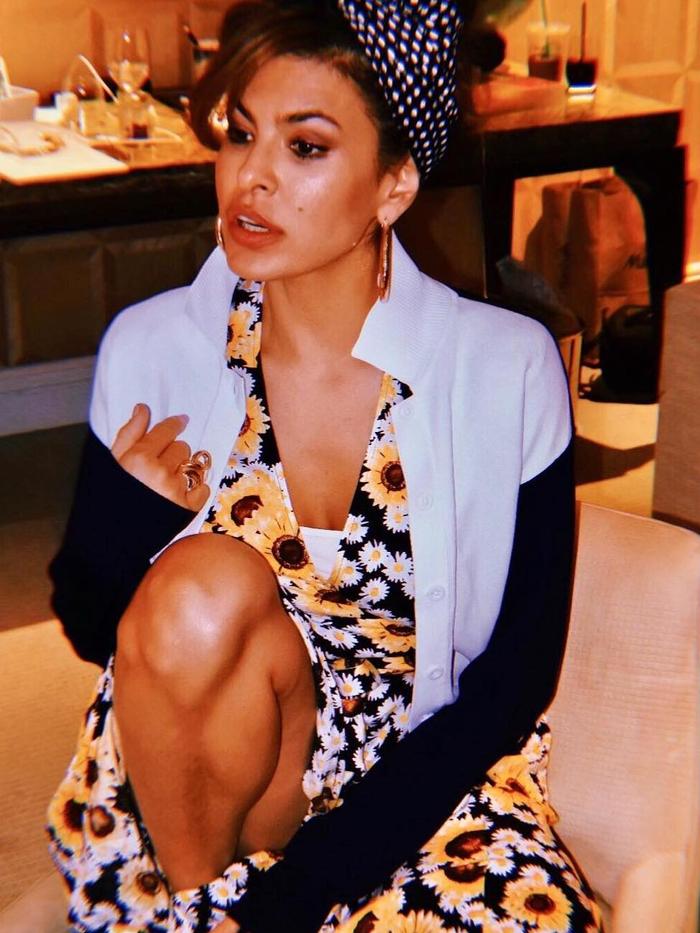 This one is a new discovery for me, but I've used it every single day since I got it a week ago. It looks kind of glittery in the bottle, but once applied to the skin, it does an amazing job of just making your complexion look healthy. It evens out redness, brightens and gives a kind of rested, holiday glow to your skin. On weekends, I like wearing this alone, as it provides just a hint of coverage. Oh, and it smells beautiful—like a freshly cut bouquet of roses.

Yes, it's lilac, but trust me on this one if you haven't tried it before. Purple-toned products do a brilliant job of counteracting any sallowness in our skin. So if you're feeling tired, this is a great primer to reach for. Once applied, it sinks straight in (so you won't be left looking like a plum). This'll make your skin look immediately more energised and awake.

Fun beauty fact for you: It was actually Laura Mercier who introduced the first foundation primer to the industry. (Thanks, Laura.) This radiance version of her original formula is the primer I reach for most consistently. It does a great job of improving the longevity of my makeup without compromising on brightness. I trust it so much that it was the primer I used on my wedding day.

Probably most known for its cult Glow Tonic, Pixi is one of my go-to brands for both skincare and makeup. This primer contains willow bark and salicylic acid to control shine and clear pores (great for combination to oily skin types) as well as pearl extracts to add luminosity. A healthy dose of shea butter means that this feels like a really comfortable moisturiser rather than another layer of makeup, which I really love.

Next up, so many British celebs rely on this £20 oil for amazing skin.