To most of us, a VIP wristband is the most luxurious accessory we could imagine wearing at a festival, however, the word "luxury" at Coachella doesn't mean hot showers and a flushing toilet. Coachella might not have the uncontrollable mud and flying pints of cider that define British music festivals, but even so, the sheer number of designer handbags at the festival this weekend was quite staggering.

In 2016 Lyst revealed to The Telegraph that the average UK Glastonbury shopper spends £165 on festival items—however that would only stretch to one pair of sunglasses for Coachella's fashion crowd who attend armed with as many outfit changes as Beyoncé had for her set. Aimee Song went to the site in a pair of £1000 Chloe Rylee boots and a £2200 Chanel plastic bag. Caro Daur wore an array of Dior handbags; Emily Ratajkowski carried a Prada raffia bag and Kate Bosworth wore crystal-encrusted Jimmy Choos. You can spot as many cult fashion buys here as you can at fashion month, and practicality isn't even a slight consideration. Keep scrolling to see some of the cult items we spotted at Coachella this weekend.

Emily Ratajkowski wore a raffia and leather Prada bag (a similar version is £1990) with a £127 white button-front dress by LPA.

Summer 2018 Fashion Trends: The Only Looks You Need to Know
Read Now

This season's cult boots are Chloé's Rylees, and Aimee Song wore a pair of multicolour snake-effect boots over the weekend. Wearing a £1000 pair of boots to a dusty field is about as impractical as it gets. 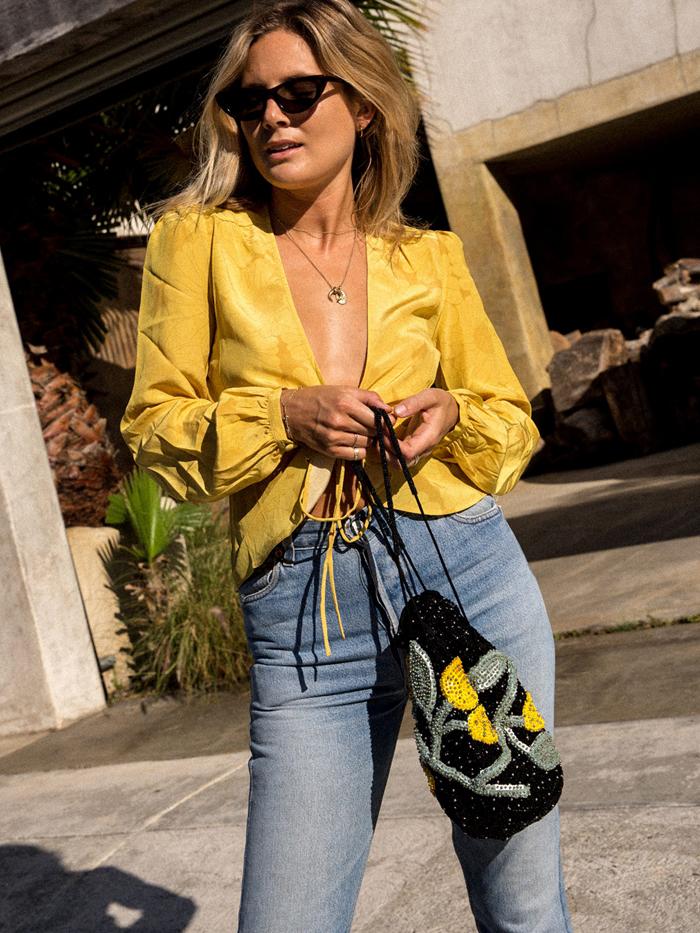 At festivals, most of us hide our money in secret pockets or pick a handbag that won't get ruined and is thief-proof—however, at Coachella this weekend Aimee Song wore a £2000 see-through plastic Chanel handbag that showed all her contents inside.

Caroline Daur didn't just take one Dior bag with her to the desert—she posted pictures wearing three Dior handbags on her Instagram and one Balenciaga belt bag. That means her handbag wardrobe alone totalled £5000.

We told you… staggering.