The fashion pack have been favouring straight- and wide-leg jeans of late, but as for the celebrity set, they remain collectively loyal to one denim style in particular: skinny jeans.

While boot-cut styles still reigned supreme over the course of the late '90s and early noughties, it was in 2005 that trousers began to taper, and skinnies became the denim order of the day. The tighter they were, the better. So much so that the desired look was as if they'd been sprayed on. We wore them during the day with ballet pumps and waistcoats and after dark with camisoles and courts, relishing every outing in our Topshop Jamie Jeans.

Gradually, though, we started to reinstate wider-leg styles back into our wardrobes, and although we'd still dig out our skinnies from time to time, they simply didn't hold the same outfit prowess they once did. However, it seems celebrities still can't get enough of skinny jeans. We continuously see stars wearing them on the street, at fashion week and at swanky industry events alike, and it got us thinking that perhaps it's time to give the style some love in 2018.

From Alexa Chung and Sarah Jessica Parker to Sienna Miller and Meghan Markle, keep scrolling to see the best celebrities in skinny jeans looks, which we guarantee will inspire you to dust yours off…

Style Notes: Use black skinnies to give light pairs a cool contrast, just like Jourdan Dunn.

Style Notes: If Marion Cotillard says skinny jeans are chic, who are we to argue? Particularly when they're styled with a red stripe Breton and a shoulder-robed leather biker.

Style Notes: Proving that skinnies work just as well after dark too, Ashley looks incredible in her black pieces, which she's paired with a navy blazer and sheer top. 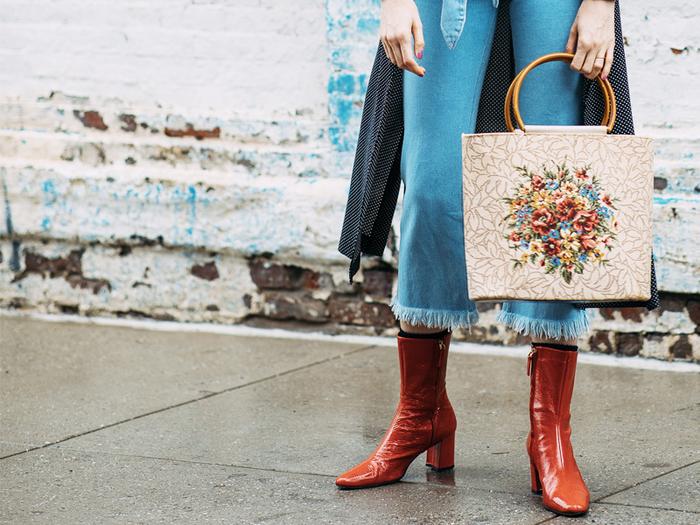 Style Notes: Sienna Miller's off-duty wares inspire us just as much as her red carpet looks, and we fully intend on replicating this bomber-jacket-and-skinny-jeans combo this weekend.

Style Notes: Adriana Lima looks sleek in top-to-toe black, with her J Brand skinny jeans acting as the perfect base for her standout puffer and heels.

Style Notes: Yes, even royals can't resist the allure of skinny jeans. Meghan Markle wore this Outland pair countless times during the course of her official tour to Australia, but if you fancy a pair, you best add your name to the waiting list.

Style Notes: We can always count on Kate Moss to give good skinny-jean style, as evidenced by how she's tucked hers into knee-high boots and finished with a glam faux-fur coat. We bow down.

Style Notes: Olivia Palermo takes on winter in her typically chic style, as she gives her stand-out coat a casual spin with ripped AG Jeans skinnies and studded biker boots. 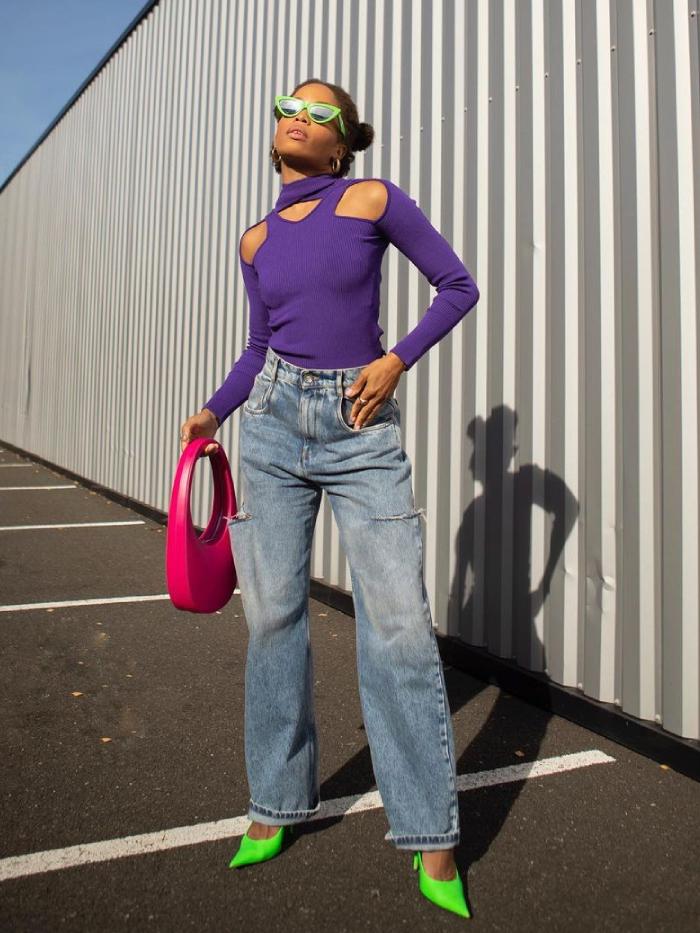 Style Notes: Invest in a rich indigo skinny jean like Iskra Lawrence, as they can be dressed up or down with the change of your shoes.

Style Notes: This look may be standout, but there's no denying that Winnie Harlow wears her white skinny jeans well. Really well.

Style Notes: Sarah Jessica Parker knows the easiest way to dress up your skinny jeans is with a fabulous pair of heels. Carrie Bradshaw would be proud.

Style Notes: Victoria Beckham expertly uses a pair of green (yes, green) boots to lift her otherwise black outfit, all courtesy of her own brand. This, ladies, is a master at work.

Fancy wearing your skinny jeans for your next night out? You're in luck, as we've found the perfect tops to go with…