As one of the world’s most in-demand models, many images have been projected upon Cara Delevingne. She’s gone from Burberry favourite to Chanel ingénue and from Mulberry collaborator to Dior darling, but Delevingne has quickly proved herself as more than just a one-trick pinup. But the most enduring image of the Londoner is the one that she has crafted herself: funny and spirited but with a sensitive side. The 25-year-old quickly carved out her own identity at a time when a gruelling schedule saw her travel all over the world and quickly become one of the paparazzi’s most-stalked subjects.

Unlike her sister Poppy’s boho style, Cara was a key player in streetwear being adopted by the masses, throwing together bomber jackets with multicoloured beanies and bold striped jeans with zany sunglasses. Her handbags have always been designer, but not in a flashy way (and then she designed her own). As her CV evolved to include actress and author credits, so did her style. Tuxedo jackets replaced minidresses on the red carpet once she found her stride in the spotlight, but that doesn’t mean she can’t do bombshell glamour too. In effect, Delevingne has her signature looks, but she’s also a walking contradiction, which is what makes her public appearances and off-duty looks so intriguing.

We’ve charted the model’s style evolution below just to sum up exactly what makes her one of our favourite dressers.

Back in 2010, Cara Delevingne, a little-known London model in the making, started working the party circuit. The 18-year-old was all Bambi legs and long blonde hair, showing off her physique in a Roberto Cavalli minidress.

British brand Burberry was quick to take note of teen Cara’s potential, casting her in its digital campaigns and dressing her in its iconic trench coats from the get-go.

See? It’s a tried-and-trusted formula by which we quickly came to recognise the youngest Delevingne sister.

By 2013, that streetwear-inspired look had become even edgier as Cara’s confidence grew.

But by no means was the model’s style stagnant. At the 2013 Met Gala, Delevingne nailed the punk theme by wearing a studded Burberry gown and accessorising accordingly. The result was beautifully rebellious. 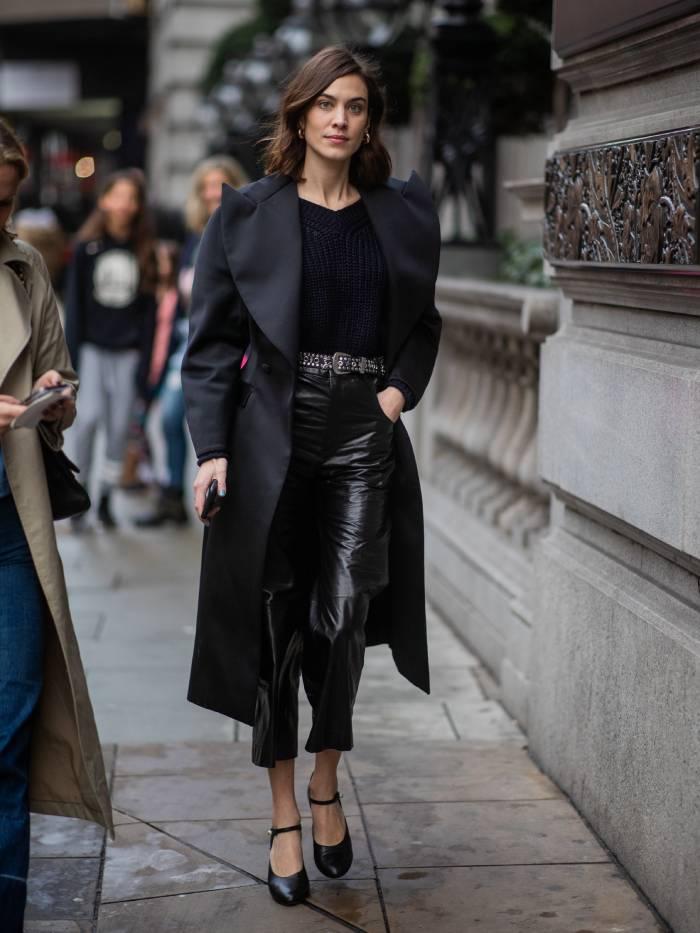 Back in 2013, Delevingne showed up to Cannes in old-school Hollywood glamour: black lace, smoky makeup and lashings of diamonds.

It wasn’t long before Cara’s infectious personality and maverick style lead to a covetable collaboration. In 2014, she launched a range of hugely desirable backpacks and handbags designed for Mulberry (of which she was never seen without).

Cara’s party style then evolved to encompass smart tuxedo suits that were always worn with an irreverent touch—be it sheer shirting or nothing at all underneath. 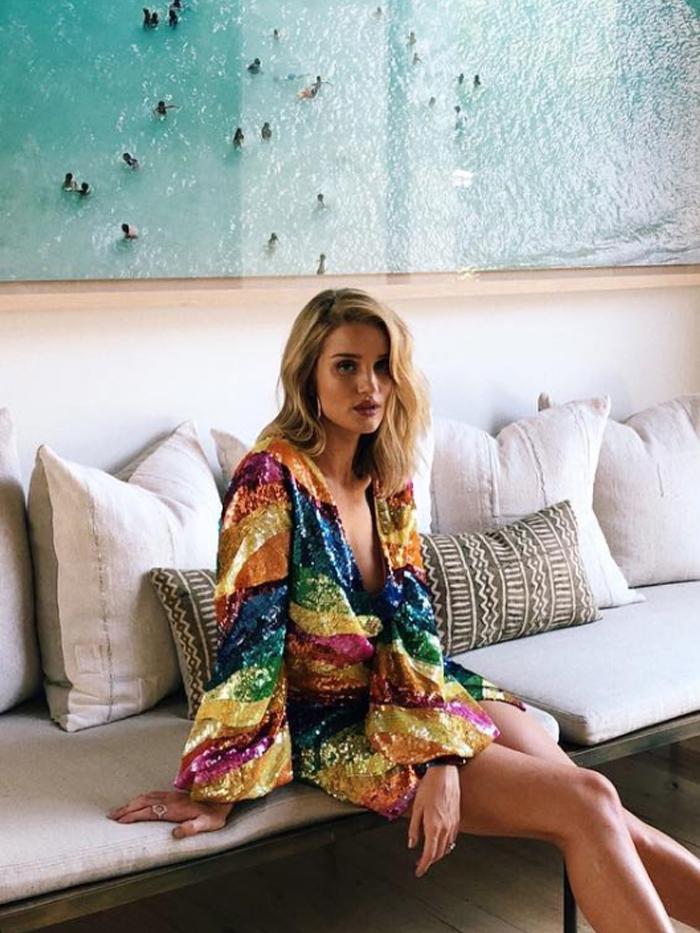 As a top model, black is (of course) one of Delevingne’s staple colours, as seen here in an edgy Burberry outfit for the brand’s London Fashion Week show in 2015.

In 2015, Delevingne wore perhaps the most Audrey Hepburn–inspired outfit we’ve ever seen for a Chanel party in London.

Swapping the catwalk for the front row, Cara made Chanel separates look effortless for a 20-something woman as she took her seat at the brand’s show in 2015.

This smart look is typical of Delevingne: Slightly rebellious but approachable and always photo-worthy. (The model has also been a consistent champion of the underwear-as-outerwear trend.)

This has to be one of our favourite beauty looks (as well as nighttime looks) sported by Delevingne. The minidress offset with sheer tights, the voluminous cape, the groomed brows and the dramatic chest ink is just too good.

Showing her supermodel confidence on the red carpet while promoting Suicide Squad in a directional look by Anthony Vaccarello.

A new haircut (for a role in Life in a Year) made Cara the girl to be seen with at the 2017 Met Gala. In an elegant nod to the event’s sci-fi theme, the model-turned-actress dazzled in a beautifully embellished pantsuit by Chanel. 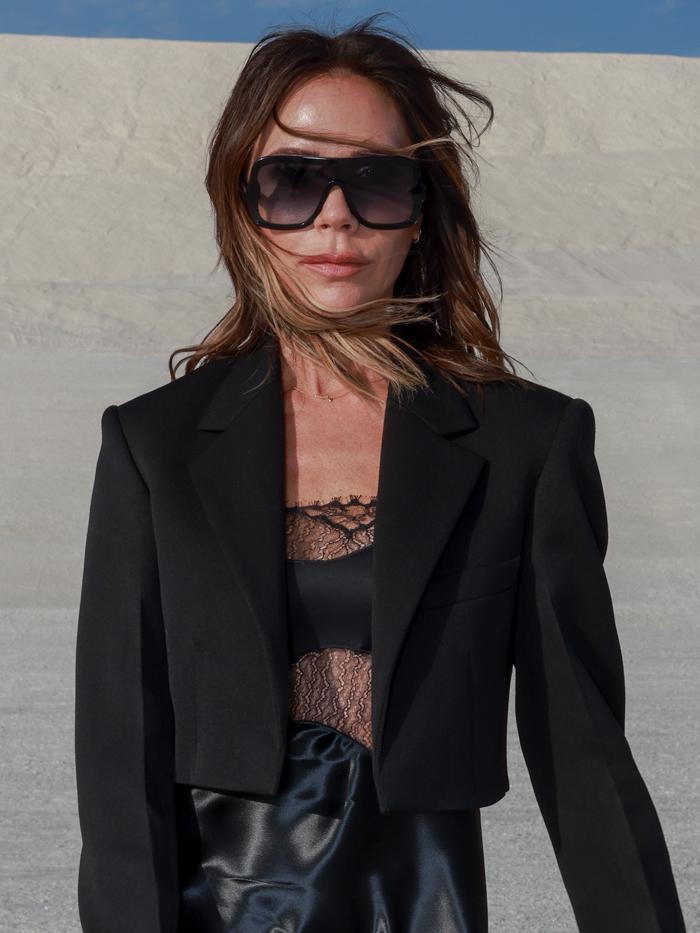 Cara stole all the headlines in a futuristic minidress (worthy of her friend Rihanna) at the Mexico premiere of Valerian in Atelier Versace.

Mixing tartan and leather with edgy poise at the Burberry show in 2017.

Now signed with Dior, Cara’s ambassadorial duties for the Parisian brand bring out her gamine side, as shown in the French capital this year.

Next, discover the Instagram poses that are new to our feeds this year.