This season has seen the emergence of traditionally "awkward" autumnal shades. In fact fashion buyer Lisa Aiken has said that it's a retail myth that you can't sell brown. Well, it's a retail myth that designers have tried to challenge this season, with the likes of Chloé, Fendi and Rochas embracing brown-on-brown styling. You might consider the concept tricky, however, influencers galore are taking on all the poo-emoji jokes by wearing it from head to toe.

Brown corduroy suiting is the surprising hit on the high street this season—the whole office is obsessing over & Other Stories' trouser suit. However, if head-to-brown feels a little overwhelming, then there are plenty of other clever colour pairings available. To help you on your way, we've rounded up a handful of looks that will prove brown on brown isn't the only way to go. From vivid green to navy blue, mixing it up is easier than you'd think. Keep scrolling to see six of our favourite brown outfit ideas, and then shop the looks.

Style Notes: Fuchsia makes for an excellent pairing with muted brown, as shown here by Jessie Bush of We The People Style. Topshop's vibrant slip skirt is a perfect fit.

Winter 2018 Fashion Trends: The Only Looks You Need to Know
Read Now 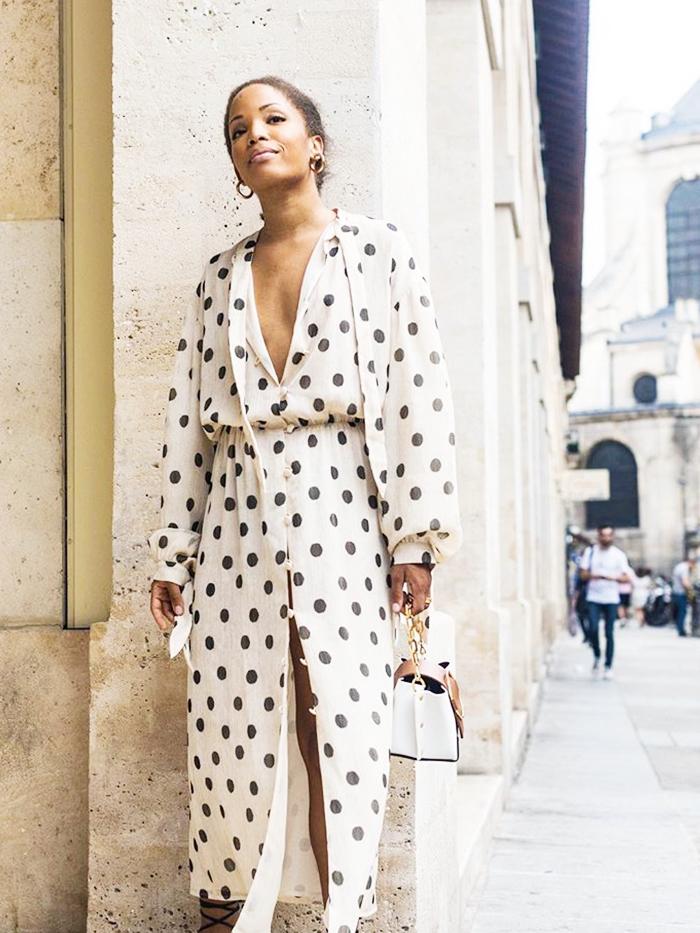 Style Notes: If the hot-pink skirt is a little too much for your taste, then try a pastel colour pairing à la The Devil Wears Zara girls. We also love the addition of the white lace-up boots.

Up Next: Move Over, Pink, Yellow and Green—This Is the #1 Colour for Autumn