It seems there's no stopping Brie Larson. Since winning her first Oscar for Best Actress in 2016, Brie's career has gone supernova. Having landed leading roles in Kong: Skull Island and Captain Marvel, as well as directing and starring in her own film, Unicorn Store, Brie's success means she's become a regular on the A-list style scene, too, as she zips from press junket to press junket and premiere to premiere.

We've her appear in everything from couture gowns and sleek suiting to the coolest travel outfits imaginable. In fact, her impressive array of looks over the last few months has cemented her status as one of the best-dressed celebrities, with accolades flying in from the likes of Vogue, W and beyond. Her stylist, Samantha McMillen, has been busy juggling Brie's extensive promo tour looks for Avengers: End Game, as well as ensembles for other clients like Daisy Ridley and Elle Fanning.

In addition to an array of killer outfits, Brie is the star of Marvel's first female-led superhero flick, a position that contributed to her recently making it onto the Time 100 list. She has also become quite the outspoken figure on many key topics of our time, from LGBTQ+ inclusivity in media as well as wage inequality. Keep scrolling to see how Larson's style has evolved over the course of the last few years; we guarantee she'll fast become one of your biggest sources of style inspiration.

Style Notes: Green is one of spring/summer 2019's top colour trends, so naturally, Brie is already on it. This custom Prada gown is beyond beautiful.

Style Notes: Not content with ticking off one of the season's hottest hues, Brie also tacked the lilac trend with a slinky Celine dress at the Avengers: Endgame premiere.

Style Notes: Adding a dose of anarchy to her wardrobe with this studded leather jacket and matching skirt, Brie is proving herself to be a sartorial chameleon.

Style Notes: Rodarte is a brand Brie turns to again and again, so it's little wonder that the designer practically created all of her Captain Marvel promo-tour wardrobes. This sequinned co-ord being one of our favourite looks.

Style Notes: Brie tapped into her androgynous side when she donned this electric-blue Derek Lam 10 Crosby suit. Proof that risks do indeed pay off.

Style Notes: Brie has proven herself to be a master at after party–dressing with this Celine number being one of our favourites to date.

Style Notes: Three years after winning her Best Actress Oscar, Brie was back on the Academy Awards red carpet in a racy sequinned gown courtesy of Celine.

Style Notes: Brie showcases the easiest way to edge up a pair of black cigarette trousers: with a statement leather top.

Style Notes: Fuchsia, lace and satin might sound like too much, but worn by Brie in Rodarte form, it's just enough. 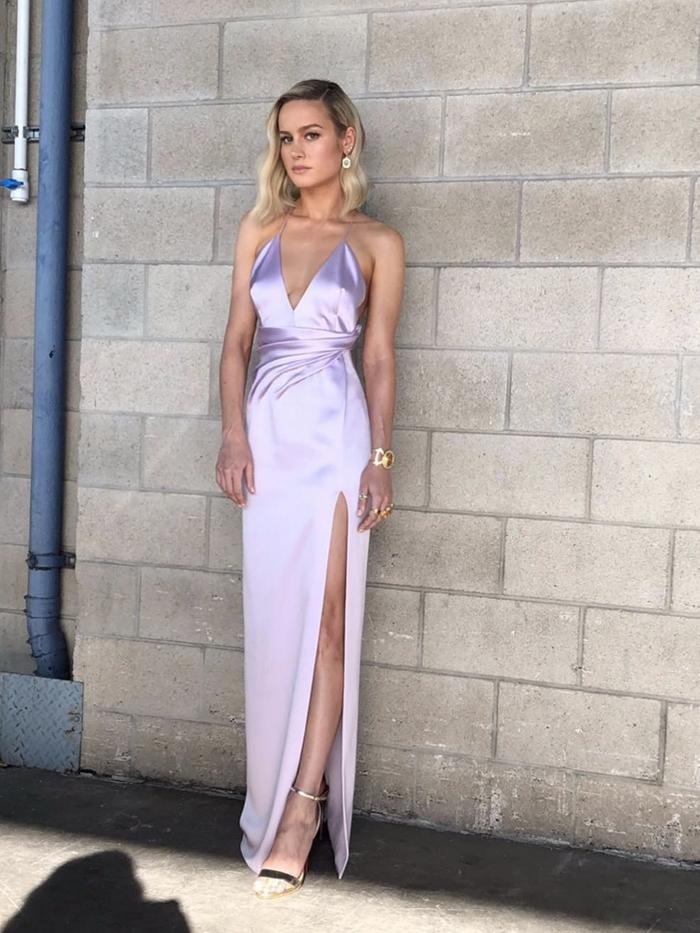 Brie Larson Has the Best Dress Collection in Hollywood, Hands Down
Read Now

Style Notes: Brie knows that sometimes it's the simplest ensembles that make the most impact, which is likely why she chose this expertly cut pinstripe suit for a Captain Marvel press conference in February 2019.

Style Notes: Loaning her support to one of her go-to brands, Brie braved the rain in a leather aviator jacket and checked trousers at Rodarte's fashion week show in September 2018.

Style Notes: Pink seems to be one of Brie's favourite colours to wear. This Carolina Herrera polka-dot dress is nothing short of a dream.

Style Notes: Brie looks the epitome of chic in a white gown at the premiere of Avengers: Infinity War in April 2018. The fact that square necklines would swiftly become one of summer 2018's top trends is no coincidence.

Style Notes: With layers of tulle and a wash of pretty pastel hues, we'd be smiling too if we were wearing this Schiaparelli gown.

Style Notes: The beaded neckline, the tulle cape overlay, the beautiful blush hue… We couldn't design a more romantic dress if we tried.

Style Notes: When she's not blazing a couture trail, Brie's off-duty wares work just as hard. Note how she matches the colour of her sunglasses to her shoes and coordinates the colour of her top to that of the embroidery. Yes, this is a master at work.

Style Notes: Brie's penchant for suiting paid off when she donned this asymmetric blazer and wide-leg trouser duo to the press conference for film Kong: Skull Island in March 2017. 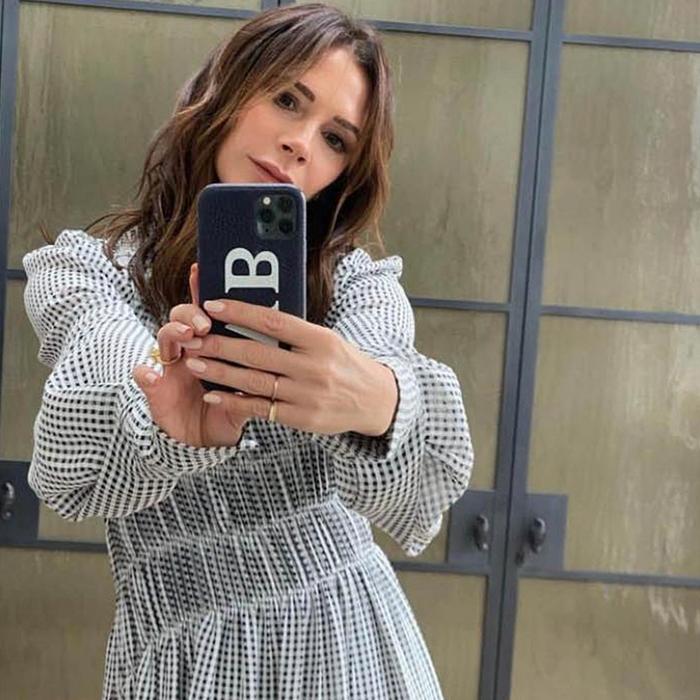 Style Notes: Brie turns up the glamour in a plunging Ralph & Russo gown complete with a tiered skirt, which she wore to the European premiere of Kong: Skull Island in February 2017.

Style Notes: Brie relied on Ralph & Russo once again to create her beautiful jade gown, which she wore to the Vanity Fair Oscar after-party in February 2017.

Style Notes: Because no celebrity style evolution would be complete without a top-to-toe Gucci look.

Style Notes: A girl after our own hearts, Brie too appreciates the ease of a chic jumpsuit. This emerald green hue offsets her red hair and alabaster skin tone beautifully.

Style Notes: Brie had her first Met Gala foray in 2016, and this Proenza Schouler dress was easily one of the strongest looks of the night. Arguably, this was the moment she cemented her style credentials.

Style Notes: After winning the Best Actress accolade at the 88th Annual Academy Awards in 2016, Brie celebrated by attending the Vanity Fair after party in an elegant Monse dress in peach velvet.

Style Notes: A bona fide star, Brie chose a cascading cobalt gown by Gucci for the 88th Annual Academy Awards (the very ceremony during which she'd win the Best Actress award for her role in Room).

Style Notes: Prior to her Oscars win, Brie was still considered a fashion darling. Here she is in a beaded creation by Chanel.

Want to know how celebrities always look so glowy in photographs? We finally have the answer.