Gigi Hadid stalking the runway in a molten chainmail dress? It could only mean one thing: Balmain's show during Paris Fashion Week. Creative director Olivier Rousteing's now instantly recognisable, high-octane, highly glamorous aesthetic can be called out from 100 paces—as can his so-famous-it's-insane front-row club with Kanye and Kim Kardashian West acting as the shiny, paparazzi-attracting linchpin.

There's a lot you already know about the booming French fashion brand, thanks to this high-profile clique, but there's also much that you don't. For a notable amount of time in between the founder (Pierre Balmain) stepping down and Olivier's star rising, the house wasn't on the radar in quite the same loud, omnipresent way it is today.

Even with social media acting as the cheerleading coach to an already seriously upbeat fashion team, there's still much you may not be aware of when it comes to the boundary-pushing Instagram king and creative director. So, if you've ever wanted to gen up on the brand that every It girl wants to wear/be in the campaign of/walk the runway for/party with, here's your chance. Keep reading to find out the things you never knew about Balmain.

According to Vogue.com, a deal was recently finalised with a major investment company to make this move—a higher-than-expected price that is greatly accredited to Olivier Rousteing's successful brand-building as creative director.

Balmain Fact #2: The Kim Kardashian West of the past was…

It's a toss-up between Marlene Dietrich, Josephine Baker, Audrey Hepburn and Brigitte Bardot, pictured. Many of the most daring Hollywood stars were into the decadence of Balmain's past, just as they are now.

Surprised? Well, you probably know his Instagram stats instead—3.9 million and counting. Olivier has worked in the fashion industry since he was 18 and took up the head role at Balmain when he was only 24 back in 2011—a seriously impressive task he's continued to nail season upon season.

Mr. De la Renta was followed by Christophe Decarnin (whom Olivier worked alongside before stepping up to the bar). Even Karl Lagerfeld had a very brief stint at the French fashion brand.

A/W 15 reportedly celebrated the rebellion that forced his friend, Rihanna, to be banned from Instagram in 2014 over a supposedly risqué post.

Perhaps nowadays this doesn't seem like an unusual route (Tom Ford studied architecture, and Raf Simons furniture design before venturing into fashion), but Pierre Balmain initially eschewed fashion at the time to "appease his mother."

Balmain Fact #7: The H&M collab was revealed prematurely on the internet.

Thanks to a rogue hacker, many an exclusive magazine or online fashion piece was destroyed (mine included). But the hype grew even stronger, and a website-crashing effect of the November 2015 launch saw the collaboration sell out in no time—with this particular pearl jacket quickly finding its way onto eBay priced up by about £600 to £1000.

Kicked off by Decarnin's power-shouldered, street-savvy glitz and glamour, the late pop star did actually wear Balmain's instantly recognisable (women's) outerwear. As fate would have it, Olivier is a superfan, recently posting a picture of Jackson in his iconic military-style jacket to Instagram.

Balmain Fact #9: The #BalmainArmy is full of Olivier’s actual friends.

Don't let the social media connections fool you; Olivier is in honest and meaningful friendships with the likes of Kim Kardashian West and Rosie Huntington-Whiteley. They all share one thing Rousteing admires in women: power. 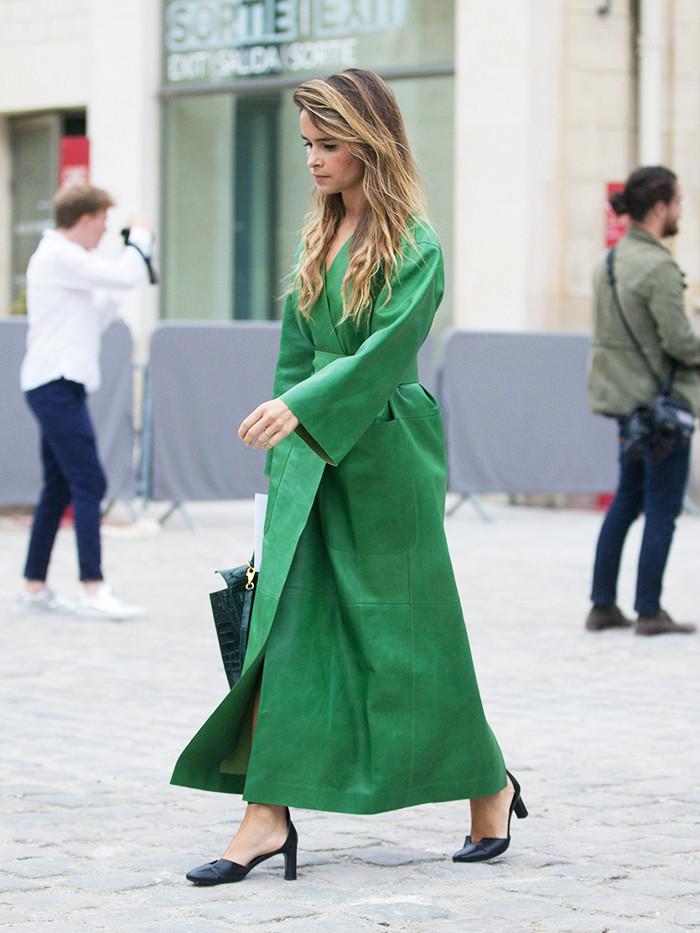 "He can be chic and he can be sexy. He's so iconic—he has a sex appeal beyond his clothes. This is what I love about him," he told MatchesFashion.com.

According to Vogue [in The Fashion Book], Monsieur Balmain's focus was often on heavily embellished and decorative skirts. It was all part of the signature look called "Jolie Madame," an opulent reaction to wartime utilitarianism and the sombre style that came with it.

But—good news—it has since been doubling profits year on year.

You can't actually get your face chiseled to be as razor-sharp and naturally handsome as Olivier's, but he once told me, when opening the brand's flagship store in London, that it's all down to "fish face: suck in cheek and three-quarter [angle]. Good filter and it's fine. And 25 pictures before getting the right one. Maybe not 25, maybe three or four!"

Feeling the Balmain love? Then shop some of our favourite pieces from the brand.