The Royal Ascot dress code is like no other, and the event is easily one of the most formal in the British calendar. While attire in general has become much more casual (case in point: leggings are more popular than jeans), Ascot is not the place to relax the rules. Oh no—with the queen and the rest of the royals in attendance (potential for a DoC spot is high), the June event, which started in 1711, draws a crowd of over 300,000 every year, and attendees dish out a collective £34 million on the correct attire. Getting the dress code right is one of the most important aspects of the event—it's not just about placing bets on horses.

However, this year, the dress code has been relaxed just a little: Jumpsuits are now—shock—acceptable. This is incredible news, especially for those who aren't keen on wearing dresses. The trouser suit is also officially okay, provided it's ankle length and in matching material.

But that's not where the fashion restrictions end, as there are many important codes to adhere to. The first thing you should know is which enclosure are you going to be in. This will dictate how formal your dress needs to be. For example, if you're in the Royal Enclosure, you'll need to ensure you're wearing a hat or a headpiece that measures at least four inches in diameter across the head. However, over in the slightly less formal enclosures, the Queen Anne and Village, a fascinator is totally acceptable. If you're still a little confused, fear not—we've got all the rules you need to know when attending Ascot. Keep scrolling for the Royal Ascot dress code and shop some key pieces now. 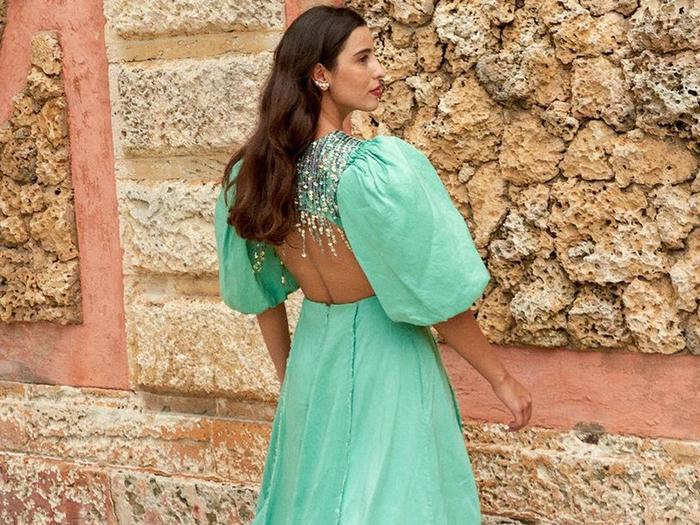 This dress fits within the hem regulations, as it hits just below the knees.

A suit by Altuzarra that works for Ascot and the office. Win-win.

Remember: You can't do strapless or have thin straps.

Something simple like this will go with many different outfits.

Next up! The body shape calculator will make all your clothes look incredible.